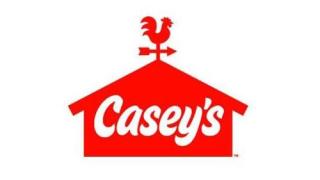 Speaking during the company's first quarter earnings call on Sept. 9, President and CEO Darren Rebelez noted that the company generated $153 million in net income and $293 million in EBITDA, an increase of 20 percent from the prior year. In addition, inside sales "remained strong despite the challenging economic environment, driving inside gross profit up 9 percent to $504 million," he reported.

"Our differentiated business model allows Casey’s to succeed in a variety of economic conditions through strong execution across grocery and general merchandise, prepared food and dispensed beverage, and fuel the support from store operations," he explained.

Inside same-store sales were up 6.3 percent for the first quarter, or 14.9 percent on a two-year stack basis, with an average margin of 39.8 percent, down 70 basis points from the prior year, according to the chief executive.

"We saw strong performance in grab-and-go items like pizza slices and breakfast burritos, as well as alcoholic and non-alcoholic beverages," Rebelez said. "We were able to offset some inside margin pressure in the prepared food and dispensed beverage category through strategic sourcing initiatives, and the private label program within the grocery and general merchandise category."

Taking a closer look inside the store, same-store grocery and general merchandise sales were up 5.5 percent, with an average margin of 33.9 percent, compared to 33 percent for the same period a year ago.

"This is a great start to the fiscal year as our guests navigated through accelerating inflation and high fuel prices. Our procurement team and self-distribution network have allowed us to have better product availability than the prior year," Rebelez said. "We continue to see great results by leveraging our approximately 1,500 stores with a liquor license, which is a unique competitive advantage within the convenience store space."

Same-store prepared food and dispensed beverage sales were up 8.4 percent, or 20.1 percent on a two-year stack basis, with an average margin of 55.6 percent vs. 61 percent a year ago.

According to Rebelez, strong performances in pizza slices and cold dispensed beverages drove the sales lift. Casey's breakfast relaunch a year ago led to the retailer taking market share in the breakfast daypart within its geography. However, prepared food and dispensed beverage margins were negatively impacted by higher ingredient costs, especially cheese.

Despite the increased costs, Casey's remains focused on food innovation.

"This summer, we launched our newest specialty pizza, the delicious barbecue brisket pizza. Although we had planned to make it a limited-time offering, we are now keeping it on the menu because of positive guest feedback and strong demand that far exceeded our expectations," Rebelez said, adding that the retailer is also celebrating the 21st birthday of its breakfast pizza by offering a new beer cheese breakfast pizza made with Busch Light.

On the forecourt, same-store gallons sold decreased 2.3 percent, with a fuel margin of 44 cents per gallon.

"We did see fuel volumes and margins tighten when wholesale costs and retail prices hit record highs, and our margin benefited from the steady fall in wholesale costs in the back half of the quarter," Rebelez explained. "Our fuel team did a great job optimizing fuel margin during this favorable environment. Fuel margin was also positively impacted by the sale of $17.7 million worth of brands during the quarter."