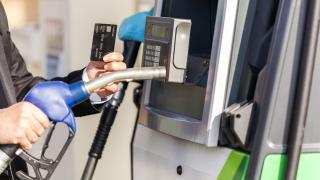 NATIONAL REPORT — With the summer driving season in full effect, motorists can expect prices at the pump to remain high.

According to AAA, the cost of a barrel of oil is more than $120, nearly double the price compared to August 2021, as increased oil demand outpaces the tight global supply. Meanwhile, domestic gasoline demand remains robust as the summer driving season ramps up.

"Based on the demand we're seeing, it seems high prices have not really deterred drivers," said Andrew Gross, AAA spokesperson. "If prices stay at or above $5, we may see people start to change their daily driving habits or lifestyle, but it hasn't happened yet."

California, Nevada, Alaska, Oregon, Illinois, and Washington, D.C., are among the most expensive markets in the U.S. for the second consecutive week.

The national average for a gallon of gas has not fallen for more than a month. Gasoline prices have risen significantly since April 24 and have set many records since May 10. That was the day gas eclipsed the previous record high of $4.33, set earlier this year on March 11, as Convenience Store Newspreviously reported.

According to new data from the Energy Information Administration (EIA), total domestic gasoline stocks decreased by 800,000 bbl to 218.2 million bbl last week. Meanwhile, gasoline demand rose from 8.98 million b/d to 9.2 million b/d as drivers continue to fuel up for the summer driving season, typically a time when gas demand increases.

This dynamic between decreased supply and increased demand is contributing to rising prices at the pump. Coupled with increasing crude oil prices, this means that the price of gas will likely remain elevated for the near future, AAA reported.

As the close of the formal trading session on June 10, the West Texas Intermediate decreased by 84 cents to $120.67. Although prices ended lower due to the rising value of the dollar, crude prices increased earlier last week in response to global supply concerns amid expected demand increases, particularly as China emerges from lockdowns that reduced crude demand.

Crude prices have increased despite EIA reporting that total domestic stocks increased by 2.1 million bbl to 416.8 million bbl last week. However, the current storage level is still approximately 12 percent lower than a year ago, contributing to rising crude prices. Crude prices could rise further this week if EIA’s next report shows an inventory decline, according to the association.