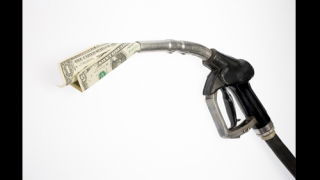 NATIONAL REPORT — Gas prices continue to climb on a daily basis and are constantly setting records with no end in sight, according to AAA.

The national average for a gallon of gas has not fallen for nearly a month. Gasoline has either remained flat or risen every day since April 24 and has set a new record daily since May 10. That was the day gas eclipsed the previous record high of $4.33, set earlier this year on March 11, stated AAA.

"Gasoline is $1.05 more than it was on Feb. 24, when Russia invaded Ukraine," said Andrew Gross, AAA spokesperson. "That sent shock waves through the oil market that have kept oil costs elevated. Domestically, meanwhile, seasonal gas demand is rising as more drivers hit the road, despite the pain they face paying at the pump."

At the close of the May 20 formal trading session, West Texas Intermediate increased by $1.02 to settle at $113.23, nearly $3 per barrel higher than the closing price at the end of the previous week. Crude prices rose after EIA reported that domestic crude supply decreased by 3.4 million barrels to 420.8 million barrels. The current level is approximately 13.4 percent lower than during the second week of May 2021.

Additionally, market optimism for China's efforts to end some COVID-19 restrictions by June 1 helped to bolster the market, which has continued to worry that global crude demand will decline as a result of continuing restrictions, noted AAA.

Gas prices are unlikely to ease soon. As Convenience Store News reported, AAA predicts the summer driving season will be "on fire." It expects 39.2 million people will travel 50 miles or more from home for the upcoming Memorial Day weekend. This is an increase of 8.3 percent compared to 2021, bringing travel volumes almost in line with 2017 figures.