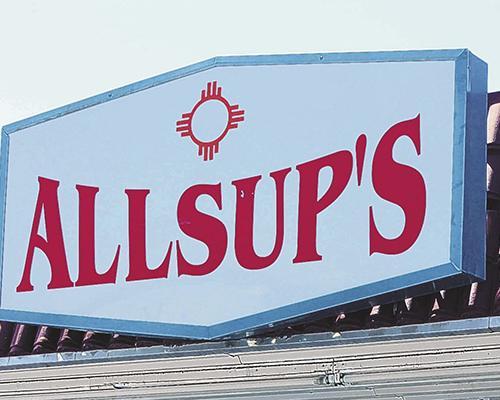 NEWARK, N.J. — Acquisition news dominated the top headlines in 2019, as large chains made purchase after purchase.

United Kingdom-based EG Group wasn't the only retailer to grow by absorbing other convenience store chains, but it was among the most notable due to its aggressive expansion strategy.

These are the top 10 most-read headlines of Convenience Store News Online for 2019, based on website hits:

1. Yesway Acquires Allsup's 300-Plus Convenience Stores
Yesway closed on the largest deal in its four-year history with the completed acquisition of Allsup's Convenience Stores. The purchase grows Yesway's store count to 421 stores and bolsters its presence in Texas, New Mexico and Oklahoma. It also brings the company significantly closer to achieving its goal of assembling a 500-plus convenience store portfolio.

2. Kwik Trip Gets Fresh With New Smoothie Program
Whether it's building a test kitchen to increase its ability to innovate, or teaming up with the Partnership for a Healthier America to expand the number of healthy options available to its customers, convenience store chain Kwik Trip Inc. has been working to improve its food and beverage offerings for years now. One of its latest initiatives, the Fresh Blends smoothie program, was prompted not by focus group testing or executive brainstorming, but rather by a weeknight trip to a Target store in the middle of winter.

3. The Top 100 Convenience Store Chains of 2019
There's new trifecta at the helm of the 2019 Convenience Store News Top 100 ranking. This year, Marathon Petroleum Corp. (MPC) joins stalwarts 7-Eleven Inc. and Alimentation Couche-Tard Inc. in the top three positions on the annual list. These three players now control a significant portion of the U.S. convenience store market. In all, they operate 14 percent of the industry’s total stores and account for 35 percent of the stores operated by the Top 100 chains.

4. EG Group Completes Acquisition of Cumberland Farms
EG Group completed its acquisition of the Cumberland Farms convenience store chain on Oct. 22. Based in Westborough, Mass., Cumberland Farms operates 567 stores in seven Northeast states and Florida. The deal brings EG Group's U.S. network to 1,680 c-stores and gas stations across 31 states. In all, the network sells more than 2.5 billion gallons of fuel with merchandise sales of more than $3 billion on an annualized basis.

5. EG Group Makes Another Acquisition in Rapid U.S. Expansion
EG Group reached a definitive agreement to acquire 69 Certified Oil-branded convenience stores and gas stations. The stores are located in Kentucky, West Virginia and Ohio. In total, they employ 650-plus associates. Based in Columbus, Ohio, Certified Oil has been operating in the Midwest since 1939.

6. BP to Launch New, Enhanced Loyalty Program Later This Year
Fast off the heels of the launch of the BPme mobile payment and rewards app, BP is launching a new, enhanced loyalty program, BPme Rewards. The new rewards offer replaces BP Driver Rewards and will reward high-value consumers with 5 cents off every time they fill up using the BPme rewards app, with no gallon restrictions or expiration.

7. EG America Begins Rebranding of Minit Mart Stores
EG America, which is the Cincinnati-based arm of the United Kingdom's EG Group, began an 11-month project to rebrand, refresh and remodel the Minit Mart portfolio. The Minit Mart chain will be the first c-stores to carry the EG America banner. According to the retailer, its other stores, which carry the former Kroger Co. banners, will remain the same for now. Those banners include Turkey Hill, Loaf 'N Jug, Kwik Shop, Tom Thumb and Quik Stop.

8. Ohio Governor Signs Tobacco 21 Measure Into Law
The new law applies to all tobacco products — from cigarettes and cigars to rolling papers, liquids and other accessories involved with smoking or vaping. The governor vetoed a provision that would have phased in the higher age for anyone who turns 18 before Oct. 1. He said that grandfathering in the higher smoking age would have been difficult to enforce and would pose complications for retailers.

9. Speedway Embraces Its Newfound National Presence
The new national powerhouse has 3,923 c-stores from coast to coast — and once again earned the No. 1 spot on the 2019 Convenience Store News Top 20 Growth Chains ranking. In fact, Marathon Petroleum’s addition of 1,492 locations between January 2018 and January 2019 accounted for more than 40 percent of the 3,635 stores overall added by the top 20.

10. Eby-Brown Acquired by Performance Food Group
The acquisition will allow PFG's Vistar segment to strategically expand in the convenience channel where there is significant overlap with suppliers and product categories, as well as opportunities to use PFG brands for unique solutions in the prepared/made-to-order foodservice market.