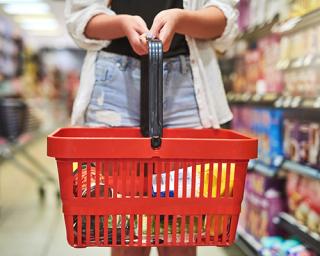 STATE COLLEGE, Pa. — Convenience store shopping trips for non-fuel items propped up sales during the third quarter of 2022, which was the third consecutive quarter of year-over-year loss in shopper traffic for the channel, according to recent data from VideoMining's C-Store Shopper Insights Tracker.

Notably, in-store traffic was down 2.7 percent compared to one year ago and 16.1 percent below pre-pandemic traffic levels of Q3 2019. High gas prices and inflation, despite showing signs of easing, combined with ongoing work-from-home trends to put downward pressure on store traffic, according to the company.

Snacking and caffeine boost trips, in particular, have positive momentum within the c-store channel, according to VideoMining. The salty snacks segment saw a double-digit increase in its quarterly share of sales compared to the prior year, while energy drinks, carbonated soft drinks and candy also continued to gain share of sales.

The C-Store Shopper Insights Tracker also found that the average time spent inside the store during the quarter was two seconds less than a year ago, indicating that convenience stores are living up to their name by getting customers in and out with their purchases more quickly. Retailers can leverage the convenience aspect of in-store trips as a method of competitive differentiation, VideoMining pointed out.

The data also showed that the fundamentals of the c-store channel are in its favor, providing reasons to be optimistic. As headwinds such as gas prices, inflation and other challenges recede, there is the potential for a period of solid growth, with more trips attracted to the channel's "convenience" aspect. This is particularly likely to be true for c-stores that do a good job of catering to popular food- and beverage-driven trip missions, it added.