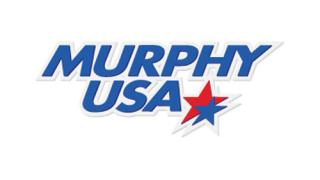 The El Dorado-based company is accelerating new store growth this year despite the challenges facing the industry, according to President and CEO Andrew Clyde.

"The team is working hard to push through the pipeline, through permitting and supply chain challenges, and deliver up to 45 new stores — including seven QuickChek locations — and 35 raze-and-rebuilds in 2022," he reported during Murphy USA's fourth-quarter 2021 earnings call, held Feb. 3.

Murphy USA closed its acquisition of Whitehouse Station, N.J.-based QuickChek Corp. on Jan. 29, 2021. Through this deal, it added 157 convenience stores in the Northeast to its portfolio, and brought its total station count to more than 1,650 locations.

"The shortfall was largely attributable to delays in permitting and construction, but that has resulted in a higher-than-normal level of new store activity in January [2022]," Clyde explained. "Since the beginning of the year, two stores have already been placed in service and 13 new Murphy Express and one new QuickChek store are underway, along with three raze-and-rebuild projects."

He noted that the company has the capacity to support and build between 50 and 60 new stores, along with up to 25 raze-and-rebuild projects, annually. Murphy USA expects to return to that level of activity over the next few years.

The retailer's capital expenditures for the fourth quarter of 2021 totaled approximately $59 million and were $278 million for the full year, with QuickChek absorbing roughly $50 million of that annual spend, according to Mindy West, Murphy USA's executive vice president and chief financial officer.

Of the $278 million total spend, approximately $225 million was growth capital, including 18 new Murphy Express stores, five new QuickChek stores, and 27 raze-and-rebuild projects. Of the remaining $53 million, $20 million was spent on maintenance across both networks, and $33 million was spent on corporate projects, including critical IT infrastructure investments and other revenue-driving capabilities.

Murphy USA has stores in 27 states, primarily in the Southwest, Southeast, Midwest and Northeast United States. The majority of its stores are located in close proximity to Walmart Supercenters.