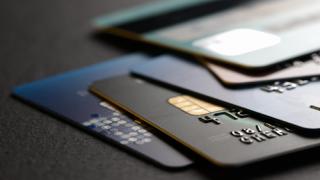 WASHINGTON, D.C. — Consumers are experiencing sticker shock at retail and at least one industry group is pointing to swipe fees as a key driver behind the rising prices.

According to the Merchants Payments Coalition (MPC), a new study by Visa shows the importance of bringing swipe fees charged to process credit and debit cards under control as consumers and small businesses move away from cash and the fees exacerbate record inflation in consumer prices.

"As more purchases are made with cards, costs for merchants go up dramatically," said Doug Kantor, MPC executive committee member and NACS general counsel. "Card companies are dangerously trying to privatize U.S. currency and convince the public that cards are the same as cash, but that simply isn't true.

"Merchants receive less than 98 cents on the dollar when consumers pay with a credit card, and the amount siphoned off by swipe fees has skyrocketed in the past decade," Kantor added. "In fact, these fees create a multiplier effect that drives inflation even higher and costs merchants and consumers even more. We need competition and transparency as the card industry uses its monopoly power to control a larger share of the U.S. economy."

Kantor noted consumers' payment method of choice has been changing for years, and the pandemic accelerated the move from cash to digital.

"These fees are most merchants' highest cost after labor and increase prices for the average family by hundreds of dollars a year. They desperately need to be brought under control," Kantor said. "Small merchants don't have any magic pot of money to absorb exorbitant fees charged by the nation's largest banks and card giants, and neither do their customers."

In its latest Global Back to Business study released earlier this month, Visa found:

On the consumers side,

In addition, the study found that 41 percent of consumers surveyed had abandoned a purchase in a physical store because they could not pay digitally, with numbers higher among millennials (55 percent) and Generation Z (59 percent).

Visa said 2,250 small business owners and 5,000 consumers were surveyed in December in nine countries around the world, including the United States, but did not provide a U.S. breakout, according to MPC.

The Visa study follows Federal Reserve studies that show cash accounted for only 23 percent of purchases in 2020, down from 32 percent in 2018, while credit and debit cards grew to 65 percent from 59 percent in the same period, the coalition added.