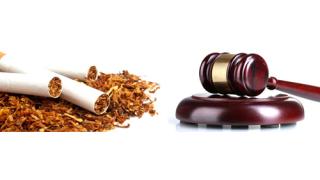 The statewide ban on the sale of all flavored tobacco products — including menthol — went into effect on Monday, June 1. Gov. Charlie Baker signed the ban into law in November, making Massachusetts the first in the country to enact a ban statewide.

Now, the sale of flavored combustible cigarettes and other tobacco products, including menthol cigarettes and flavored chewing tobacco, are restricted to licensed smoking bars where they may be sold only for on-site consumption.

Other regulations tied to the law went into effect in December. They are:

A 75-percent excise tax on the wholesale price of nicotine vaping products, in addition to the state's 6.75 percent sales tax, also went into effect on June 1.

The state went forward with the ban despite pleas from the retail community to delay it as stores grappled with the COVID-19 pandemic.

In late April, Jon Shaer, executive director of NECSEMA, said overall sales were off roughly 30 percent to 50 percent, and sales at the pump were down 60 percent at Massachusetts c-stores. Lottery sales are also down 20 percent.

In addition, the ban is expected to lead to another 20 percent loss in revenue, Shaer said in a letter to the governor. That number could be even higher in urban markets, he added.