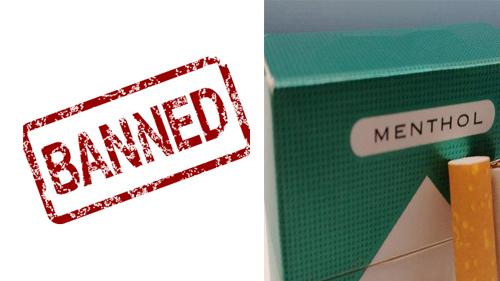 On Nov. 21, the Massachusetts Senate approved legislation to ban the sale of flavored tobacco and vapor products — including menthol cigarettes — across the state.

The measure also levies a 75 percent tax on vaping products and requires health insurers, including the state's Medicaid program, to cover tobacco cessation counseling, according to The Associated Press.

The state House of Representatives previously passed the proposal and it now heads to Gov. Charlie Baker's desk.

If signed into law, the legislation would immediately ban the sale of flavored vaping products and would outlaw sales of menthol cigarettes starting June 1, 2020. According to the report, Baker has not indicated whether or when he will sign the legislation.

However, on Sept. 24, Massachusetts Gov. Charlie Barker called for a temporary four-month statewide ban the sale of all electronic cigarettes and vapor products — both flavored and non-flavored. The directive also includes cannabis vaping products and devices, as Convenience Store News previously reported.

"We are disappointed the legislature supports bills that disproportionately impact communities of color and have disastrous implications for public health, public safety, state tax revenue and jobs in the Commonwealth," Jonathan Shaer, president of the New England Convenience Store Owners and Energy Marketers Association (NECSEMA) said in a statement to the AP.

The association is calling for a veto of the legislation. In Twitter posts, NECSEMA said that a menthol ban will drive Massachusetts  smokers to purchase menthol cigarettes in New Hampshire.

"Banning a product that is legal in 49 other states will not stop people from purchasing menthol, but turn them into criminals. Say no to the menthol ban," it tweeted on Nov. 21.

Convenience store operators across the state have been protesting the possible ban of menthol cigarettes for weeks. On Nov. 6, hundreds of Massachusetts c-store operators closed on Nov. 6 in protest of a proposed ban to demonstrate the critical role these stores play providing vital resources to communities.