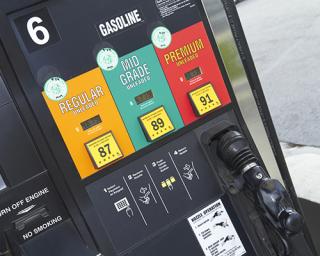 This month, a number of local legislative activities and an award announcement occurred in New York and Pennsylvania:

Beginning June 1, New York State will temporarily suspend its excise tax and state sales tax on gasoline and diesel, reducing the tax burden on a gallon of motor fuel by 16 cents. Governor Kathy Hochul and the state Legislature approved this measure as part of the state budget enacted in April to provide relief to motorists from soaring gas prices.

The law requires retailers to reduce their pump prices by the full 16 cents. In addition, some cities and counties are changing their method of computing their local sales tax on motor fuel June 1 from a percentage to cents-per-gallon in order to temporarily reduce the amount of local sales tax they collect at the pump. As of April 28, at least 12 counties had voted to do so, and as many as 15 others were discussing the possibility. How many cents per gallon varies from one county to the next because the state gave them several taxation levels to choose from.

Some majority Democrats in the state Legislature have proposed to elevate New York's minimum wage higher, recommending that by 2025, the current $15 in New York City jump to $20; the current $15 on Long Island and Westchester County rise to $17.95; and the current $13.20 across upstate New York climb to $15.75.

New York retailers are bracing for a legislative battle over whether to expand the state's Bottle Bill to capture juice, energy drink and ready-to-drink coffee and tea containers, which would inundate convenience stores' already crammed back rooms with even higher piles of redeemed bottles and cans awaiting pickup, according to the New York Association of Convenience Stores (NYACS), which opposes this expansion as well as a related proposal to double the deposit rate to 10 cents per container. NYACS holds that it would flood New York stores with redeemable bottles and cans from neighboring states where the deposit is still a nickel.

COVID blew a $9 billion deficit in the trust fund, and employers will pay dearly over the next few years in the form of sharply higher premiums to fill that hole, stated NYACS, which also noted that in 2021 alone, many convenience stores saw their UI premiums triple, even though they never laid off a single employee.

State House and Senate appropriators concluded six weeks of budget hearings in March, having spoken with dozens of department and Wolf administration officials about the governor's proposed 2022-2023 budget and related issues. The hearings are part of Harrisburg's "budget season," the period that begins with the governor's budget address early in the year and concludes with a signed budget at some point over the summer. The state's constitutional deadline for an enacted budget is June 30.

Governor Tom Wolf has proposed a $43.8 billion spending plan for 2022-2023, and his office projects a $6-7 million budget surplus at the end of the current fiscal year. According to news reports, Pennsylvania also has access to more than $2 billion in federal pandemic funds. The Pennsylvania Food Merchants Association (PFMA) is closely monitoring the status of budget talks and advocating for beneficial provisions like liquor reform and business-friendly tax measures.

Sen. Ryan Aument (R-Lancaster) proposed legislation that would reduce the state's corporate net income (CNI) tax rate progressed in the state Senate this spring — positive news for businesses, as momentum appears to be growing for some sort of cut to the state's CNI, currently the highest in the nation at 9.99 percent.

Sen. Aument's bill, SB 771, would decrease the CNI rate by a percentage point each year from 2023 to 2025, ultimately dropping to 5.99 percent by 2026 if the revenue generated at 6.99 percent in 2025 matches or exceeds the Independent Fiscal Office's revenue projection for that year at the 9.99 percent rate. The bill was approved by the Senate Finance Committee and now awaits consideration by the full Senate.

In his budget proposal, Gov. Wolf separately proposed a rate cut to 7.99 percent effective Jan. 1, 2023, followed by further cuts to 6.99 percent by 2026 and ultimately settling at 4.99 percent. To offset the decrease, a variety of existing loopholes would concurrently be removed, broadening the tax base by nearly 25 percent. PFMA supports and is working to advance a CNI reduction.

Philadelphia's plastic bag ordinance, originally passed by the City Council in 2019, finally went into full effect on April 1, with officials now enforcing the prohibition on the use of single-use plastic bags. The ban was implemented beginning July 1, 2021, with a nine-month educational and warning period that ended in March. Details on compliance and enforcement are available at phila.gov/programs/plastic-bag-ban.

The city also briefly returned to indoor masking in April, before reversing course and again suspending the mandate. The decision to reinstate masking followed an uptick in COVID-19 cases week over week early in the month. The moves are tied to the city's COVID-19 response levels, a series of metrics intended to openly and transparently tie the city's response to the pandemic to what is actually happening with COVID-19 in Philadelphia. When cases go up, mitigation measures are automatically implemented. On April 11, Philadelphia was averaging 142 new cases of COVID-19 each day. That number was more than 50 percent higher than the 84 average new cases that was reported 10 days previously, on April 1. The mandate was reversed following a subsequent downturn in cases.

Philadelphia business owners have sued the city over its mask mandate, alleging it violates the state Constitution by usurping the General Assembly's authority in issuing an emergency order. Philadelphia was the first major city in the U.S. to reinstate an indoor mask mandate this spring.