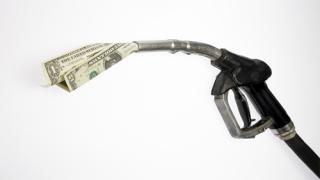 NATIONAL REPORT — After a brief decline, fuel prices are back on the rise again. The national average for a gallon of regular gas rose four cents during the past week to $4.12, according to AAA.

Upward pricing pressure on concerns that less Russian oil will enter the global market is countered by fears of a COVID-induced economic slowdown in China, the world's leading oil consumer, stated AAA. These opposing forces are causing the oil price to hover around $100 a barrel.

"As long as the price of oil stays elevated, the price at the pump will struggle to fall," said Andrew Gross, AAA spokesperson. "Consumers may be catching a little break from March's record-high prices, but don't expect any dramatic drops."

At the close of April 22's formal trading session, West Texas Intermediate crude oil decreased by $1.72 to $102.07. Crude prices weakened at the end of the day due to demand concerns in Shanghai as fears of a demand-reducing slowdown in global economic activity loom.

Just two weeks ago, Convenience Store Newsreported that after rising for several weeks, the cost of gasoline was sliding due to falling oil prices. In much of the country, the average price of gasoline had fallen below $4 per gallon, according to AAA, which cited lower gas prices as the United States and its allies agree to significant releases of oil reserves. Also pushing oil prices down was the fear of resurgent COVID-19 infections in China and its potential for an economic slowdown in one of the world's largest oil-consuming nations.

However, CSNews also reported that during the summer driving season — defined as April through September — the average price for a gallon of gasoline is expected to be $3.84, the highest price seen since 2014 when adjusting for inflation, according to the EIA’s "Summer Fuels Outlook." In 2021, summer fuel prices averaged $3.06 per gallon.