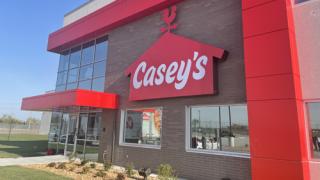 ANKENY, Iowa — Casey's General Stores Inc. is taking the next step in its expansion strategy.

On April 15, the convenience store retailer is cutting the ribbon on its new Joplin, Mo., distribution center. Missouri Gov. Mike Parson, Joplin Mayor Ryan Stanley and members of the Joplin Chamber of Commerce will join Casey's to celebrate the grand opening of the $62-million warehouse, logistics and distribution facility.

"Casey's has had a longstanding presence in Missouri and provided opportunities to thousands of Missourians across the state," Parson said. "We appreciate Casey's continued commitment and look forward to its future growth and success."

The Joplin facility is Casey's third distribution center and will serve 400 to 600 of its c-stores. Ankeny-based Casey's operates more than 2,200 stores throughout the Midwest and South with approximately 500 stores across Missouri, Oklahoma, Kansas and Arkansas.

"Every day at Casey's, we are providing guests freshly prepared foods and the products they need and want. Our Joplin distribution team will play a key role in delivering on this promise," said Darren Rebelez, president and CEO at Casey's. "We appreciate the support from the state of Missouri and city of Joplin as we worked to make this project a reality. Casey's Joplin Distribution Center is key to our plan for accelerated store growth over the next two years."

The distribution center will add 125 jobs to the region, the company added. 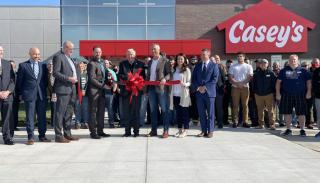 "We welcome Casey's distribution center to Joplin," Stanley said. "We are excited and pleased with their decision to expand their operations here in southwest Missouri. Casey's is a well-known brand and respected by their customers throughout the Midwest. Their center is a great fit for our industrial park, and we appreciate all of our partners for their work to bring this project to Joplin. It is a boost for our local economy by providing quality jobs and opportunities for our community."

"Here in Missouri, we couldn't do what we do without the support of our partner organizations across the state," Missouri Partnership CEO Subash Alias said. "I always say that economic development and business attraction is a team sport, and that rings especially true with this project. I would like to thank all of our partners for their hard work in attracting Casey's General Stores to Missouri."