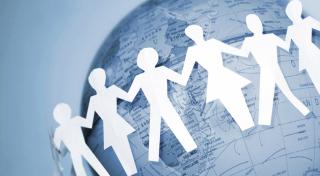 CHICAGO — Teaming up with a nonprofit organization can provide an opportunity for convenience store retailers to both support a great cause and boost their bottom line.

In a recent Convenience Store News webinar entitled "How to Drive Revenue With POS Cause Marketing," representatives from three c-store industry companies — ESSTAR, The Spinx Co. and EG America — discussed their work with the American Cancer Society (ACS).

Krista Anderson, founder of CEO of ESSTAR, which provides healthy on-the-go options to c-stores, was a terminal cancer patient given three months to live. She was also in financial turmoil at the time of her diagnosis.

"I thought ACS just raised funds for research. I was unaware of the vast resources it had for people fighting the disease. It paid for my airfare to MD Anderson in Houston where I had my treatment, a hotel and more," she recalled.

At Spinx, founder Stewart Spinx was a cancer survivor and the c-store retailer wanted to champion his cause, explained Hayley Thrift, the company's director of marketing and advertising.

"Our brands partnered really well," she said. "Consumers want to put their money where their heart is. Many customers have their own [cancer] story."

Robert Brown, vice president of  EG America's Central division, lost his father and grandfather to cancer, and he himself is a cancer survivor.

"Everyone has been impacted by cancer," he said. "ACS' mission aligns with our charitable giving. What a great way to give back to the community."

COVID-19 has led to a lot of changes in the minds of consumers. During the pandemic, they took more time to think about their purpose in life, and charitable giving is a great way to give back, Anderson noted.

"People are voting with their purchases," she said. "They can choose to go elsewhere."

The easiest way to get customers to donate is at the point-of-sale (POS), the webinar participants agreed, with roundup campaigns at the checkout being the most effective method.

"People want to contribute, but don't always know how," said Brown. "[With a POS campaign], they do not have to go online. They just make a contribution and feel good about it, whether it is 50 cents or a dollar."

Spinx posts "In Memory Of" and "In Honor Of" signs in its stores as customers like to see visual cues, according to Thrift. The retailer also offers its employees the opportunity to purchase T-shirts, with the proceeds going to ACS. On Fridays, they can wear these shirts along with jeans during the campaign, which often takes place in October.

"It takes on a life of its own. It is really beautiful to see," said Thrift, who herself lost a grandfather, grandmother and aunt to cancer. "We try to make it fun and create a theme. In October 2021, our theme was 'Drive Out Cancer.'"

Spinx has raised more than $1.2 million to date for ACS.

Along with supporting a worthy cause, partnering with a charitable organization can add to a company's bottom line as well. Research has found that 32 percent of consumers have a more favorable impression of a product when it is paired with the American Cancer Society logo.

"ACS is well known for its brand recognition," Anderson pointed out. "It is a win-win for c-stores."

And charitable campaigns are not only for the large c-store chains; single-store and small operators can get involved, too.

"Often, our smaller stores make the most money. They know the community and customers by name," Thrift said. "It is not the size of your company. It is the people."

When all is said and done, the common goal is to eliminate as many cancers as possible.

"I want more people to know about the work ACS is doing," concluded Anderson. "I hope we can do something together. I do not want another person to be faced with this disease."

An on-demand replay of this webinar, "How to Drive Revenue With POS Cause Marketing," is available here.