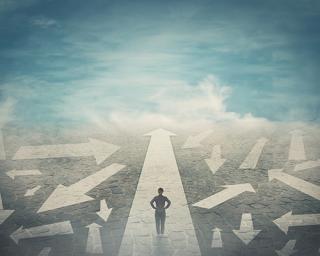 NATIONAL REPORT — In March 2012, Convenience Store News published a special report highlighting the convenience channel's growth. Partnering with Nielsen TDLinx, we identified the chains that grew their networks the most in the previous 12 months. Since then, that special report — the Top 20 Growth Chains — has become a key piece of CSNews' coverage of the industry.

Comparing c-store retailer store counts from January 2020 to January 2021, 7-Eleven Inc. takes this year’s title of top growth chain. The Irving, Texas-based retailer rang in the new year with 9,372 stores flying the brand’s familiar red and green banner, vs. 9,070 stores at the beginning of 2020.

To quote legendary baseball player Yogi Berra, 7-Eleven's top ranking this year is “like déjà vu all over again.” Serendipitously, 7-Eleven also wore the crown in CSNews’ first-ever Top 20 Growth Chains report back in 2012. At that time, it boasted a total store count of 7,179 stores.

Comparing the 2012 report to present day, it could be said that the inaugural report and where those chains are now perfectly sums up the convenience channel over the past decade. It is an ever-evolving landscape. When the first Top 20 Growth Chains report was published, it was about a year after Big Oil began its exit from direct operations in the channel.

Today, Dallas-based Sunoco LP (the No. 3 growth chain in 2012) has substantially left the corporate-operated side of the industry after selling the majority of its stores to 7-Eleven in early 2018. Findlay, Ohio-based Marathon Petroleum Corp. (the No. 5 growth chain in 2012) — which acquired the retail portfolio of Hess Corp. (No. 20 in 2012) two years later — is likewise in the process of selling its Speedway LLC network to 7-Eleven. The sale is expected to close in the second quarter of 2021.

Illustrating the grow-or-go state of affairs in the industry, other M&A moves have included:

Among the myriad convenience store chains that have earned spots in the Top 20 Growth Chains reports throughout the years, one stands out as an enduring star: Casey's General Stores Inc. The Ankeny, Iowa-based retailer stands alone as the only chain to appear every year since the report began publication a decade ago.

Giving Casey's a run for its money, Altoona, Pa.-based Sheetz Inc. appeared on the list nine times, just narrowly missing this year's ranking by landing in the No. 21 spot.

Also making the list nine times are: Oklahoma City-based Love's Travel Stops & Country Stores; El Dorado, Ark.-based Murphy USA Inc.; Tulsa, Okla.-based QuikTrip Corp.; and Wawa, Pa.-based Wawa Inc. Similar to Casey's, most — if not all of these chains — have ranked among the top 20 predominantly through ground-up new builds rather than acquisitions. The exception is Murphy USA, which just recently veered from the trend with its Jan. 29, 2021 acquisition of Whitehouse Station, N.J.-based QuickChek Corp.

The Top 20 Growth Chains report is based on store count figures provided by TDLinx, a service of Nielsen. This is the tenth year that CSNews has partnered with TDLinx to identify the c-store retailers that added the most convenience stores in the past year. A convenience store is defined as a store that includes a broad merchandising mix, extended hours of operation and a minimum of 500 SKUs. Fueling stations with small kiosk stores do not meet the official definition and thus are not reflected in TDLinx’s store count figures. The store counts are based on the “Ultimate Parent Owner,” the corporate owner of the banners/stores.