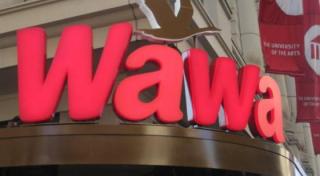 WAWA, Pa. — The closing of Wawa Inc.'s convenience store at 19th and Market streets in Philadelphia doesn't mean the end of the road for the Center City location. The retailer is making plans to transform the store into a training center for tech workers, according to Wawa President and CEO Chris Gheysens.

Plans are in the works but at an early stage, Gheysens told the Philadelphia Inquirer.

Despite this, the site's landlord, Brandywine Realty Trust, appears to be on board.

"Brandywine is excited to see Wawa's former retail location at 1900 Market reimagined into a center for technology and innovation," Brandywine President and CEO Jerry Sweeney said in a statement. "The new tech hub will serve as a dynamic addition to the Market Street corridor and highlights Wawa's forward-thinking approach to business and investment in the City of Philadelphia."

Gheysens discussed plans for the location during a recent economic outlook meeting hosted by the Chamber of Commerce for Greater Philadelphia's CEO Council for Growth. Upon opening, it could be dedicated to training tech workers for employment with Wawa or it could welcome both students and workers from other organizations and businesses, according to Gheysens.

"Our goal and hope is that it will become a little bit of a beacon at a prime real estate location," he said. "That is a great location and hopefully a visible sign that tech is alive and well, and the ecosystem we create around it in Philly is alive and well and grows."

Gheysens shared that the planned tech hub is part of a greater effort to invest in the region's technology talent market, which was spurred by an ongoing shortage of midlevel tech talent in the area, according to the news outlet. Wawa builds its own customer-facing technology and puts approximately 30 percent of its overhead spending toward technology.

Wawa has shuttered multiple Center City stores since 2020, as Convenience Store News previously reported. Gheysens stated that the company is working with a nonprofit partner that may be able to use the former location at 13th and Chestnut streets, which has a catering facility in the basement, but the closed store at 12th and Market streets will not operate as a Wawa. He did not comment on the other recently closed area stores.