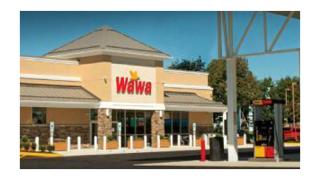 WAWA, Pa. — Wawa Inc.'s portfolio is nearing 1,000 convenience stores, but the convenience retailer does not plan to stop there.

CEO Chris Gheysens told the Business Journal that Wawa is charting its "most aggressive growth" in the company's history. As a result, the retailer will just about double its store count in the next decade.

In addition, the retailer is scouting sites to make its entrance into North Carolina, as Convenience Store News reported last month. It will mark Wawa's first new market since setting up shop in Washington, D.C. in late 2017.

According to the Business Journal, Wawa wants to operate approximately 1,800 locations by 2030, eventually cutting the ribbon on up to 100 c-stores a year.

Currently, Wawa has 300 new sites under its control across its established territory, Gheysens said, and the company has its eye on new states to "fill in the market" between Virginia and Florida over the next 10 years.

There are no Wawa locations between Petersburg, Va., and Florida.

In addition to new states, the retailer plans to grow its presence in markets adjacent to its existing footprint, the chief executive said.

Wawa is still vetting those opportunities, Gheysens told the Business Journal, and the locations could be used to expand Wawa's electric vehicle (EV) charging network.

Wawa currently offers 675 Tesla Superchargers distributed across 82 stores. In total, Wawa offers EV charging at 90 locations and 705 charging positions when including locations with universal chargers, according to a company spokeswoman. 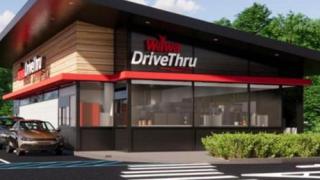 The upcoming standalone drive-thru stores will serve as a test to gauge customer demand for the format, Gheysens told the news outlet.

Wawa celebrated the grand opening of is first-ever standalone drive-thru location in early January 2021. Located at 549 W. Trenton Ave. in Morrisville, Pa., the store offers extra convenience and focuses on fresh food while retaining key Wawa design elements such as its trademarked canopy.

The new store, which offers drive-thru service and curbside pickup only, followed the December 2020 opening of Wawa's first standard convenience store with a drive-thru. That location operates in Westampton, N.J.