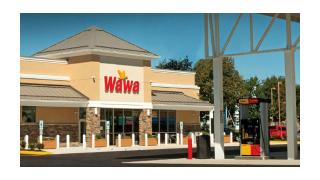 WAWA, Pa. — Wawa Inc. is moving into a major new market. The convenience store retailer announced that it intends to expand its footprint into the Nashville, Tenn., area, with the first Wawa store slated to open in the city in 2025.

"With a commitment to Fulfilling Lives in our community, we're thrilled to continue our growth in new markets to provide quality fresh food, beverages and support to new friends and neighbors," said John Poplawski, vice president of real estate for Wawa. "We are excited to expand beyond our current operating area and look forward to serving the community come 2025 and beyond."

Its expansion into Nashville is just one part of Wawa's ambitious growth plans. The company is continuing to open new convenience stores throughout its current markets and expects to open a total of 54 locations in 2022.

Wawa expects to double its current store count over the next decade, the retailer previously noted.

The retailer seeks to fill in gaps between certain operating areas. In April, Wawa CEO Chris Gheysens discussed plans for the "most aggressive growth" in Wawa's history, which includes growing its presence in markets adjacent to its existing footprint, as Convenience Store News reported. Currently, Wawa has no locations between Petersburg, Va., and the state of Florida, but Gheysens noted the company has its eyes on new states to "fill in the market" between Virginia and Florida.

Specific markets in which Wawa is "actively looking" for convenience store sites include Pensacola, Panama City and Tallahassee in the Florida Panhandle region, as well as Mobile, Ala. Wawa is looking to open up to 40 locations in these markets, with the first expected to welcome customers in 2024.

"Over the years, we've been delighted to hear from so many people from so many areas, who are interested in having a Wawa closer to home. We couldn't be more excited to bring Wawa's one-of-a-kind brand and offering to these new markets in the near future," said Poplawski. "We look forward to expanding beyond our current reach and serving these new markets with our quality fresh food and beverages and, as always, our deep commitment to the communities in which we operate."

This summer marks the 10th anniversary of Wawa's operations in Florida. The retailer opened its first convenience store across from SeaWorld in Orlando on July 18, 2012, a move that then-CEO Howard Stoeckel said was 10 years in the making.

Wawa is also scouting locations for its first store openings in North Carolina, the company confirmed in March.