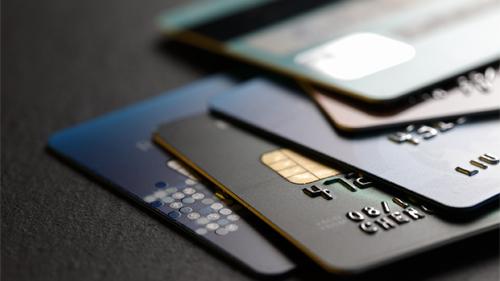 SAN FRANCISCO — Debit cards continue to be a hot-button issue just as the payment option grows among consumers.

According to The Wall Street Journal, the U.S. Department of Justice is investigating whether Visa Inc. is limiting merchants' ability to route debit-card transactions over card networks that are often less expensive.

Many of the department's questions have focused on online debit-card transactions, but investigators have asked about in-store issues as well, the people familiar with the investigation told the news outlet.

Debit cards and the fees associated with them have been a concern among the retail community for several years.

According to NACS State of the Industry data, convenience stores paid approximately $11.8 billion in credit card swipe fees in 2019, making it the second highest operating cost after labor.

"It is great to see the Justice Department investigating the anticompetitive practices of Visa," said Lyle Beckwith, NACS senior vice president of government relations. "NACS members have been frustrated for years by the roadblocks the payment card networks and banks put in their way when they try to save a little money on card transactions. The antitrust problems with Visa and Mastercard setting swipe fees for their banks to the tune of tens of billions of dollars per year is a huge problem, but it is compounded by their stifling of competition on the fees merchants must pay to card networks."

The Merchants Payments Coalition (MPC) also welcomed the news of the federal investigation.

"The MPC has been concerned about these practices to limit debit routing for years and it's great to see the Department of Justice looking into it," said J. Craig Shearman, MPC spokesman. "Limits on routing have been an issue both for in-store and online transactions, but routing for online transactions is particularly important at a time when online shopping has accelerated so rapidly during the pandemic."

The investigation comes as Visa and Mastercard agreed to push back their plans to raise swipe fees until April 2022.

The decision followed a plea from U.S. Senate Majority Whip Dick Durbin (D-Ill.), chair of the Senate Judiciary Committee, and U.S. Representative Peter Welch (D-Vt.) to the CEOs of the financial companies to not to raise interchange fee rates during the pandemic. It is the second consecutive year the financial companies agreed to the delay.

The plan, which was set to take effect this April, included higher fees for the card networks' most prominent programs and for many online transactions, with estimated increases of $768 million a year for Visa and $383 million for Mastercard, as Convenience Store News previously reported.