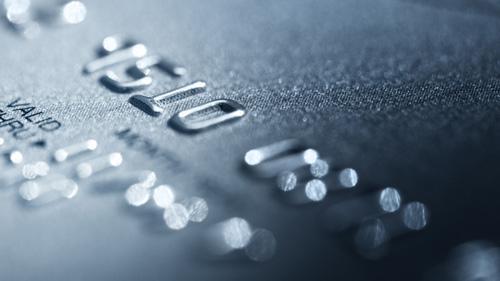 NATIONAL REPORT — Visa Inc. and Mastercard Inc. are postponing plans to boost the fees U.S. merchants pay when consumers use credit cards, pushing back the changes another year to April 2022 due to the ongoing COVID-19 pandemic.

The plan included higher fees for the card networks' most prominent programs and for many online transactions, with estimated increases of $768 million a year for Visa and $383 million for Mastercard, according to payments consulting firm CMSPI.

"Recognizing U.S. businesses are still facing many challenges posed by the COVID-19 pandemic, Visa has decided to significantly modify its planned April 2021 business release to delay the implementation of a number of interchange rate changes," the company told Bloomberg. "The combined impact of Visa's actions to support businesses and consumers has led to an overall decrease in interchange rates during the pandemic. Visa is committed to maintaining stability in our payments system and will not make any future rate changes for another year while the economy recovers."

"We urge you to call off these planned fee increases," Durbin and Welch wrote, noting the increase would be "slamming struggling merchants" during the coronavirus pandemic and "would undermine efforts to help the economy recover."

According to Bloomberg, Mastercard intends to push back plans that would have caused brick-and-mortar retailers, including convenience stores and supermarkets, to see higher rates. The network vowed that it would "continue to be thoughtful" about the timing of implementing the changes.

"Mindful that some merchants are still facing unprecedented circumstances, we are delaying our previously announced interchange adjustments," a company statement read. "Mastercard continues to support our merchant partners by enabling them to keep their businesses open with safe, secure and reliable payments for both in-store and online purchases."

The networks' decision was welcomed by multiple groups. The Merchants Payments Coalition (MPC) — which represents retailers, supermarkets, convenience stores, gas stations and e-commerce providers — said Visa and Mastercard "did the right thing" in delaying the increase; however, it is still calling on Congress and enforcement agencies to investigate how the credit card companies set their fees.

"But the fact remains that credit card swipe fees paid by U.S. merchants are among the highest in the world. The way these fees are set shows how Visa and Mastercard's market power allows them to charge more than any free and open market would bear," MPC Counsel Doug Kantor said. "Rather than just delaying an increase, they need to lower these fees and encourage the banks that issue their cards to embrace competition and transparency. Since they haven’t shown any sign of doing that voluntarily, it's time for Congress and enforcement agencies to take action."

The National Retail Federation (NRF) also agrees that while "the last thing retailers needed in the middle of a pandemic was higher credit card swipe fees," the increase should be canceled altogether.

"This increase would have hit virtually all merchants at a time when they could least afford it, and we were particularly concerned by higher fees for online transactions when so many retailers have relied on e-commerce to get through COVID-19," wrote NRF Vice President for Government Relations, Banking and Financial Services Leon Buck. "The only thing good about this increase is that it has focused the attention of Congress on the market power of Visa and Mastercard. We look forward to working with lawmakers as they address this issue this year."

According to Bloomberg, while Visa and Mastercard set interchange rates that merchants pay each time a consumer swipes his or her card at checkout, banks keep most of that fee. Processing fees vary according to type of card and transaction and size of merchant, but average 2.25 percent of the purchase price for Visa and Mastercard credit cards.

Convenience stores paid about $11.8 billion in credit card swipe fees in 2019, making it the second highest operating cost after labor, according to NACS State of the Industry data.

"Convenience and fuel retailers welcome the news that Visa and Mastercard are taking into account the impact that their swipe-fee increases will have on essential businesses that have stayed open throughout the pandemic," said Lyle Beckwith, NACS senior vice president of government relations. "With Americans already paying the highest swipe fees in the world, it is time for Visa and Mastercard to step back and let banks set their own prices."