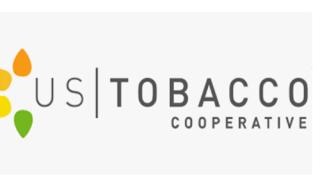 The announcement followed the federal bankruptcy court's approval of the USTC's Chapter 11 Plan of Reorganization on June 23, along with approval of the settlement terms with the Lewis Class.

USTC filed for bankruptcy protection in July 2021 in order to meet contractual obligations to its member growers while the company addressed uncertainty presented by the ongoing Lewis class action lawsuit.

"Today's exit from bankruptcy marks the end of more than 17 years of class action lawsuits following the termination of the federal price support program that ran from 1946 to 2005," said Oscar J. House, CEO, U.S. Tobacco Cooperative. "Our exit allows us to now focus solely on the services and products our cooperative is known for. I want to thank our customers, employees, suppliers, board of directors, and especially our member growers for their continual support throughout the bankruptcy proceedings, which are now officially behind us."

In February, the cooperative reached economic terms of a settlement with the Lewis Class after nearly two decades of litigation. With a deal reached, USTC began to prepare to emerge from bankruptcy, as Convenience Store News reported.

According to Bloomberg Law, the bankruptcy plan centers on a settlement to pay up to $75 million to a group of farmers who alleged improper withholdings of membership funds.

Under the settlement, USTC will initially pay about $30 million into a fund for the benefit of the class of hundreds of thousands of members. Judge Joseph N. Callaway of the U.S. Bankruptcy Court for the Eastern District of North Carolina approved the plan.

The settlement fund will be paid over a 12-year period, the news outlet added.

In accordance with the plan, USTC pays in full its secured lenders, suppliers and unsecured creditors in addition to settlement amounts to the Lewis Class.

"We are energized. Our business is robust with our farmer members contracting for this fall's harvest, customers ordering our products, and shipments processing daily," House said. "With our experienced management team, dedicated employees and our strong market position, the cooperative is poised for a successful future."

USTC is a grower-owned marketing cooperative located in Raleigh. The cooperative processes U.S. flue-cured tobacco grown by its 500-plus member growers in North Carolina, Florida, Georgia, South Carolina, and Virginia. Member-grower tobacco is processed and sold as raw materials to cigarette manufacturers worldwide.