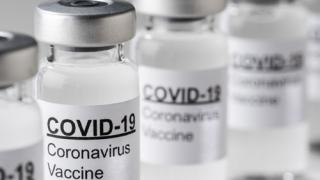 WASHINGTON, D.C. — The U.S. Court of Appeals for the Fifth District hit the pause button on the federal vaccine mandate.

The move came in response to a lawsuit filed by Louisiana State Attorney General Jeff Landry challenging the new Occupational Safety and Health Administration (OSHA) rule requiring employers with 100 or more employees to ensure each of their workers is fully vaccinated or tests for COVID-19 on at least a weekly basis. OHSA detailed the mandate on Nov. 4.

The rule is set to go into effect on Jan. 4.

The court granted a temporary stay on Nov. 6, and gave the Biden Administration until Monday, Nov. 8, to reply to a motion for a permanent injunction, followed by the petitioners' reply on Tuesday, Nov. 9, as reported by The Associated Press.

The New Orleans-based judicial panel said it was delaying the federal vaccine requirement because of potential "grave statutory and constitutional issues" raised by the plaintiffs.

"The court's action not only halts Biden from moving forward with his unlawful overreach, but it also commands the judicious review we sought," Landry said. "The president will not impose medical procedures on the American people without the checks and balances afforded by the Constitution."

The U.S. Labor Department's top legal adviser, Solicitor of Labor Seema Nanda, said the department is "confident in its legal authority to issue the emergency temporary standard on vaccination and testing," the AP reported.

OSHA has the authority "to act quickly in an emergency where the agency finds that workers are subjected to a grave danger and a new standard is necessary to protect them," she said.

A spokesman for the U.S. Justice Department said the department "will vigorously defend this rule in court."

Such circuit decisions normally apply to states within a district — Mississippi, Louisiana and Texas, in this case — but Landry said the language employed by the judges gave the decision a national scope, the news outlet added.