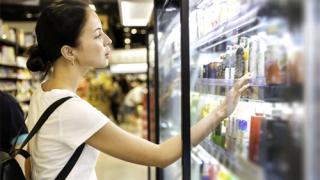 According to Bonnie Herzog, managing director at Goldman Sachs, there are "clear signs that momentum is building in immediate consumption categories like energy drinks as consumer mobility has broadly returned to normal."

According to Goldman Sachs' Beverage Bytes survey, overall beverage sales were up 12 percent year over year in the second quarter "driven by a positive inflection in traffic as consumer behavior normalizes."

A 23-percent growth in energy drinks led the increase. In addition, retailers expect a 13-percent increase in the energy drink segment this year.

The survey represents nearly 36,000 retail locations, or approximately 25 percent of the convenience channel.

Looking at other segments, retailers are seeing the demand for alcoholic beverages moderate in convenience stores as bars and restaurants have mostly reopened. Some retailers continue to see momentum in alcohol in their stores even as the category laps tough comps from last year, the survey found.

Overall, growth in beer and flavored malt beverage sales decelerated in the quarter to 3 percent in c-stores, reflecting tougher comps and the more widespread reopening of on-premise channels. In addition, hard seltzer momentum slowed in the channel and retailers' enthusiasm on new hard seltzers brands "was largely muted," Herzog noted

Even still, more than 70 percent of retailers plan to increase shelf/cooler space for the hard seltzer category in 2021 with Truly likely to get the most incremental space among the incumbent brands, according to Beverage Bytes.

However, retailers are increasingly frustrated by out-of-stock challenges across both non-alcoholic beverages and the alcohol category, and retailers do not anticipate improvement before year-end or even beyond in some cases.

According to Herzog, other key Beverage Bytes findings include: