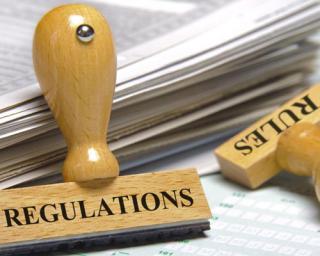 WASHINGTON, D.C. — Selling fuels alone brings up a host of governmental issues for convenience stores, but when you add expanding foodservice, payments, security and labor to the mix, there are a lot of legislative issues to be monitored and adhered to for today’s c-store retailers.

The majority of these issues fall into four major buckets:

NACS, the Association for Convenience & Fuel Retailing, is extremely active on all fronts when it comes to monitoring these issues and lobbying on behalf of all convenience stores. The association also counts on the support of retailers to take action when necessary.

“We could not have won the battle on the Durbin Amendment and debit/credit fees if it hadn’t been for the huge outpouring of grassroots support from our retailers,” Paige Anderson, director of government relations at NACS, told Convenience Store News.

NACS now sends out Action Alerts when it needs help from the retailer community, along with keeping an up-to-date tab on legislative issues on its website.

“We’ve created a great online system where it just takes three clicks for retailers to contact their member of Congress on an issue,” Anderson noted.

One of the top issues right now is the Renewable Fuel Standard (RFS), which provides for the inclusion of increasing volumes of renewable fuel into the marketplace each year.

With the convenience store industry selling more than 80 percent of the motor fuels in the United States, any legislation in this area has a big impact.

“When amended by Congress in 2007, the Renewable Fuel Standard laid out how much renewable fuel has to be put out into the marketplace each year until 2022, and 2022 is only five years away, so we are watching what is going to happen with it,” said Anderson.

Right now, the standard says there needed to be 15 billion gallons of corn ethanol put into the marketplace as of last year, and the proposal for 2018 is the same, she explained. Obligations for 2018 will be finalized by Nov. 30, 2017, and Congress is already reviewing what the standard will look like beyond 2022.

“Congress, particularly the House of Representatives, have begun asking stakeholders to meet with them for discussions on what the program should look like, and NACS is included in these,” Anderson said. “We believe it’s important for the program to move away from specific volume numbers to percentages, which will make it work easier.”

NACS is looking to get more clarity and help around the issue of misfueling, too. Right now, even if a customer’s vehicle is labeled with the type of fuel it should use, and there is labeling at the pump, retailers can be held liable and subject to fines and penalties by the Environmental Protection Agency (EPA) if a customer puts the wrong fuel in their vehicle. NACS does not believe retailers should be held responsible in such cases.

“There is also an effort by a small group of merchant refiners to shift the responsibility for compliance of the Renewable Fuel Standard from the refiners, importers and manufacturers to the blender or retailer level, and we don’t want to see that happen,” Anderson added.

When it comes to the foodservice category, there are two top-of-mind issues right now: clarifying menu labeling, and preserving the ability for c-stores to participate in the SNAP program, or Supplemental Nutrition Assistance Program.

“Under Obamacare, there was a provision for restaurants to start putting calorie counts on their menus; it was intended for restaurants and fast-food service, and it doesn’t take into account the different and unique footprint of convenience stores,” Anderson explained. “There is a delay in the deadline until May 2018, and we have been communicating with the Department of Health and Human Services, seeking legislation with HR772 to provide flexibility for the c-store industry to meet the requirements.”

Currently, the legislation states that a store must have signage where food is offered, but everyone is not like a McDonald’s or other fast-food restaurant where you place an order for food with one menu, she said. In convenience stores, there is often a coffee bar, an iced drink station, a yogurt bar, and a host of other offerings throughout the store. This would require them to put signs all over, and there is not enough room or wall space, Anderson noted.

“There is also confusion around the small entity carve out, stating if you have less than 12 stores, you would not have to follow it. Does that mean franchisees, or if you happen to sell ExxonMobil gasoline but are not owned by the company, too? The new legislation will clarify all of this,” according to the government relations executive.

As of now, NACS is waiting for the House of Representatives to schedule a floor vote for the Common Sense Nutrition Disclosure Act, being headed by Cathy McMorris Rodgers (R-Wash.) and Tony Cardenas (D-Calif.).

The other issue concerning foodservice is the push by some to edge out the convenience store industry from participating in the SNAP program. Currently, out of the 154,535 c-stores in the United States, 117,000 participate in the program, representing approximately 45 percent of all retail outlets authorized under the program, according to NACS figures.

“The 2014 Farm Bill put forth requirements for participating, but the agency implementing them put in changes that would essentially remove the convenience store industry,” Anderson said.

The final rule says convenience stores must stock seven varieties of foods in each of the four staple categories — meat,  poultry or fish, bread or cereals, fruits and vegetables, and dairy — as well as at least one perishable food item in three of the categories. Furthermore, c-stores must have three units of every variety — 84 total items — on the shelf.

NACS maintains that the definition of “variety” is complicated, plus c-stores only get food deliveries one to two times per week, which makes stocking certain foods and items that are perishable difficult for them. C-stores are also limited on space, unlike supermarkets.

Congress did pass a bill for expansion on the term “variety,” and NACS is keeping a close eye on this issue as a new Farm Bill is introduced or any more SNAP reforms.

Through the efforts of NACS and others, the industry was successful in fighting off the attempt to take away the debit card reform in place. However, the payments space is always changing, especially with mobile commerce, so this continues to be an ongoing area of focus for the organization, according to Anderson.

“The next chapter in the payments space is about security, and we are fighting skimmer breaches at the pump and making changes where necessary to reduce risk, but there is no silver bullet,” she acknowledged, explaining that with the transition to EMV, certification processes by credit card companies to get retailers up and running need to move faster because there is a huge backlog right now.

And even with all the money that the c-store industry is putting out to upgrade to EMV — $10,000 per pump and $9 billion industrywide, according to NACS estimates — the chip only solves part of the security issue, Anderson pointed out.

“We need to be allowed to require a PIN because, from a security perspective, it makes a huge difference. Right now, credit cards are not allowing us to do that,” she said. “We are trying to educate policy makers that the chip is not enough to really reduce fraud.”

The Fight Over Healthcare, Labor & More

NACS continues to keep a close watch over any changes in the healthcare system or corporate tax reform and reductions, as President Trump has spoken publicly about three priorities: an infrastructure package, a healthcare package, and a tax package.

Additionally, a new rule by the Department of Labor (DOL) changed the laws concerning employees eligible for overtime pay, increasing the salary threshold and requiring businesses to pay overtime for all employees earning $913 a week or less. This issue, as NACS sees it, is that the DOL didn’t consider salary levels in the retail marketplace.

A federal district judge in the Eastern District of Texas issued an injunction in a lawsuit brought by 21 state attorneys general challenging the rule. Then, this June, the Trump Administration’s DOL announced it would open a comment period to gather information that can be used to rewrite the rule. This is being monitored by NACS, Anderson said.

“Today, c-store retailers need to stay informed and engaged on these issues,” she urged.