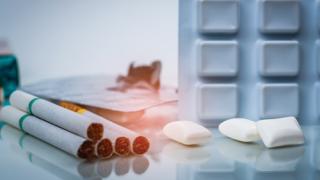 NATIONAL REPORT — Will a reduced nicotine policy be another tobacco regulatory reality for convenience store retailers to contend with?

The Food and Drug Administration (FDA) recently announced plans to publish a proposed rule that would establish a maximum nicotine level in cigarettes and certain "other combustible tobacco products." It is still not clear what would fall under the "other" category.

The goal of the rule, according to the agency, is to reduce nicotine content in traditional cigarettes to minimal and potentially non-addictive levels, thereby reducing addiction and death, along with underage cigarette use.

If such a policy is implemented and nicotine levels in cigarettes are reduced substantially, several tobacco industry insiders told Convenience Store News that the impact would be significant.

Bryan Haynes, a partner with the Troutman Pepper law firm and head of its tobacco law practice, echoed that such a move would be "hugely impactful."

"The huge potential impacts include driving consumers out of combusted cigarettes or other combusted categories to other tobacco categories or to no tobacco products at all," he said. On the other hand, some might smoke less, but others might smoke more, trying to get more nicotine, he reasoned.

"Another issue is it will likely lead to a pretty significant consolidation of available products — many cigarette companies will not have the wherewithal to meet the standards," Haynes said. "One could argue [the proposal] is tantamount to a ban."

Prohibition is another term Haynes uses in reference to the FDA's proposal, which he said has the potential to put entire categories and companies out of business.

"We would have to consider the potential for contraband trade. It's clear to me that until the end of this administration, we are going to see activist prohibition. That doesn't mean it will be the same under the next administration," he noted.

Cadent Consulting Group Managing Director Don Stuart also mentioned prohibition in relation to the reduced nicotine proposal. "This will be an extremely long road, which could create widespread black market opportunities, criminal control of the tobacco business, and lost tax revenue. Prohibition 2.0 anyone?" he stated.

He also quipped: "Remember 'Near Beer?' Now, it's 'Almost Tobacco.'"

Regarding the proposal's nicotine terminology of minimal, marginal or non-addictive levels, Stuart questions what that even means. "Doesn't weight and tolerance matter?" he posed.

If the proposal goes through, he believes convenience store retailers may find fewer customers smoking more to get the nicotine fix they had before. "The average cigarette purchase size will go up, even though there will be a lower penetration or fewer cigarette buyers," he predicts.

Before the c-store industry reacts to any potential outcomes, however, timing should be considered. "My first advice is that retailers should not panic," Haynes said.

According to the Spring 2022 Unified Agenda of Regulatory and Deregulatory Actions, the FDA is targeting May 2023 to issue the proposed rule. "But that could always change," Haynes pointed out.

And even if the FDA were to issue the proposed rule in May 2023, the public notice, comment period and rule finalization process will take much longer.

"Given the impact any final rule would have on the tobacco industry, it is likely many industry members will be very involved in the process and potentially challenge any final rule in court. Thus, it will be years before any rule takes effect, if ever," he said.

Jefferies Group analysts predict possible implementation will take "many" years — at least five years, and likely more toward 10 years. In a recent report, the investment bank and financial services company likened the nicotine rule to the FDA's proposed menthol ban (which it doesn't foresee implementation of until 2026 at the earliest), but called the reduced nicotine proposal even more complicated.

"Risks around illicit and vulnerable populations will be more pronounced, for example, and then the FDA needs certainty around things such as possible compensatory smoking," the report stated.

Besides not panicking, what else can retailers do right now? "In general, prior to any new regulation or market restriction, we recommend keeping existing products fully stocked until the regulation or restriction occurs," said Leila Medeiros, senior vice president of new categories at R.J. Reynolds Vapor Co., headquartered in Winston Salem, N.C.

That said, she advises all c-store retailers selling tobacco to ensure they are fully compliant with all local, state and federal laws, rules and regulations. "Beyond that, it is critical that retailers begin talking to their customers about potentially less harmful products," Medeiros added. "By having these conversations early, your customers will be better prepared to meet their nicotine preferences in the event of a market disruption."

Troutman Pepper's Haynes agrees that it makes sense for retailers to have more diverse tobacco portfolios today. "It helps meet consumer needs, and it accounts for potential regulatory changes," he said. "It's just prudent now."

Stuart of Cadent Consulting added that "in-store, retailers need to solidify their position as a tobacco-related destination. It's not just about cigarettes, it's also about alternatives."