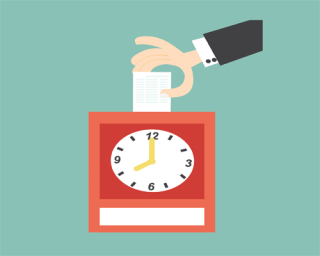 NATIONAL REPORT — The pandemic-era trend known as the "Great Resignation," where favorable conditions encourage employees to quit their jobs in search of better and ample opportunities elsewhere, is showing signs of slowing down, according to Legion's 2022 State of the Hourly Workforce study.

Legion surveyed more than 1,000 hourly employees and 500 managers to find out what they want beyond pay and what would motivate them to take a new job. Findings show that more than half of hourly employees (58 percent) don't plan to leave their jobs in the next 12 months.

"It is interesting to see the shift from 2021 to 2022. The Great Resignation is showing signs of slowing," said Legion Vice President of Marketing Kristin Brennan during a recent webinar, "New Survey Results: Learn What Hourly Employees Want," hosted by Convenience Store News.

In today's workforce, the balance of power has shifted and hourly employees want more control. Eighty-six percent of survey respondents say it's "important" or "very important" to have control of their schedule.

"Because of the pandemic, employees have had to balance multiple jobs and coordinate when they're available, so they want input on their schedule," commented Anthony Ladd, vice president of products for Legion. "We know businesses need employees at specific times and employees know they're needed at specific times — there's no dispute there. But what they want is more control of when they work and have more input on their work/life balance."

In fact, when hourly employees were asked which top three incentives are most likely to persuade them to leave and take a new job, 97 percent cited schedule flexibility and control; 58 percent cited greater recognition and rewards; 35 percent cited employer investment in skills training and education; and 29 percent cited the ability to get paid early.

At a time when filling shifts may be troublesome for c-store retailers, and particularly, store managers, Generation Z is ready to step up.

While 75 percent of the cohort say they are likely to leave their current job in the next 12 months, providing early access to earnings could be the answer. Thirty-percent of 18- to 24-year-olds say they would be motivated to pick up extra shifts if they had the ability to get paid immediately after the shift.

"I think instant access to earned wages can be a powerful motivator to get shifts filled," Brennan said. "When we did our survey in 2021, only 2 percent [of hourly employees] said that they would leave a job because they couldn't get paid early. One of the things we found this year is that especially among young workers, there is a very large increase in the number of people who want early access to their earnings. They want to get paid early; they don't want to wait two weeks for a paycheck."

Looking at the results of the survey, from a manager's perspective, they are feeling the strain of managing hourly employee schedules. Thirty-three percent of survey respondents say matching employee preferences and availability with business needs over the past 12 months has been the most difficult task of their job, while one-quarter cited it's hard to attract and retain employees and 11 percent say it's staying within the company's labor budget.

The impact of manual processes that managers have to navigate when managing hourly employee schedules is costly when it comes to both their time and effort. Among the 500 managers surveyed, 42 percent say managing call-outs and no shows requires the most time and effort, while 28 cite it's matching business needs with employee preferences.

Other challenges include approving shift swaps and other employee-initiated schedule changes, approving employee punches and timesheets, and approving time-off requests.

Traditional communications methods can be costly for retailers. Brennan emphasized that companies need a direct and efficient way to communicate with employees and have the capability to track what communication they're relaying and how long it took to disseminate the information.

According to the survey, 84 percent of managers said that efficiency and productivity would improve if they could communicate with employees through the same app employees use to view their schedules.

"If you can automate more tasks, you free up managers to spend time that is really valuable on things like training their team, skilling their team, spending time with customers, being present on the floor," she said. "By automating some of these tasks doesn't diminish the importance of a manager or their impact on the business, but it actually lets them focus on the things that are going to have a bigger impact on the business."

Given the research, Brennan and Ladd offer three concrete steps that convenience store retailers can take in order to attract and retain hourly employees and improve the lives of managers. They are: