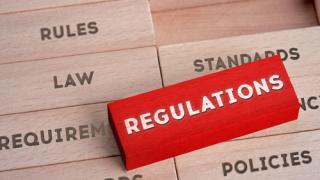 NATIONAL REPORT – Tobacco legislation and regulation is constantly under review at the local, state and federal levels. In this monthly roundup, Convenience Store News highlights the latest proposals and approved changes happening across the United States.

Juneau — Gov. Mike Dunleavy vetoed a bill that would have added a 35 percent wholesale tax to electronic cigarette and vaping products, including e-liquids, and restricted shipping options for Alaskan vapers. The legislation would have also increased the legal age to purchase and possess tobacco and vaping products to 21. Dunleavy said in in a September letter to the Alaskan Senate that "a tax on the people of Alaska is not something I can support."

Tempe — A new ordinance, if approved, would ban businesses from selling flavored vape products in Tempe city limits. A hearing is planned but not yet scheduled.

Santa Clara County — The County of Santa Clara is increasing the penalties for businesses that sell tobacco products to minors (under age 21) through its Tobacco Retail Permit (TRP) program. Penalties will also be higher for any retailer that sells electronic cigarettes and flavored tobacco products, including menthol cigarettes and e-liquids, to anyone, regardless of age.

The updated TRP ordinance will go into effect on Oct. 13 for tobacco retailers in unincorporated Santa Clara County. The changes must be approved by the county’s three partner cities in the TRP program — Cupertino, Los Gatos and Palo Alto — before they can take effect there.

St. Petersburg — St. Petersburg City Council members approved a draft ordinance banning smoking and vaping at all city parks and beaches in August. A reading and first public hearing on the ordinance is set for Oct. 6. If passed, the ordinance would immediately go into effect, but wouldn't be enforced until Jan. 1.

Atlantic City — A bill that would end smoking in Atlantic City's nine casinos, supported by Gov. Phil Murphy and more than half the state legislature, remains stalled with no vote scheduled. The first public airing of the issue was to take place in September at a major gambling conference, but a casino executive pulled out, canceling the discussion. Other states, including Pennsylvania and Rhode Island, have also made moves to implement casino smoking bans, so far to no avail.