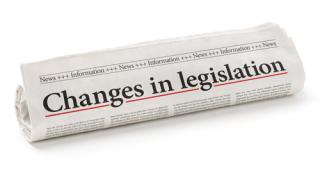 NATIONAL REPORT — Tobacco legislation and regulation is constantly under review at the local, state and federal levels. In this monthly roundup, Convenience Store News highlights the latest proposals and approved changes happening across the United States.

Sacramento — Gov. Gavin Newsom approved a 12.5-percent excise tax on electronic cigarettes and vapor products, bringing the tax in line with other tobacco products. Sen. Anna Caballero (D-Salinas) proposed the new levy in February. The proceeds of the tax will be used for tobacco prevention and education programs, and will issue grants to students from disadvantaged backgrounds pursuing an education in the health field to combat the long-term negative impacts of tobacco products.

Denver — Three weeks after the Denver City Council postponed a vote on a flavored tobacco ban, the Denver Safety, Housing, Education & Homelessness Committee took up the discussion on Oct. 27. Officials pushed back additional talks on a ban to Nov. 17.

Tallahassee — The state's Tobacco 21 rule went into effect on Oct. 1. The new law bans the purchasing and possessing of tobacco products to any consumer under 21 years old. The law also requires retail owners to obtain a permit from the state to sell nicotine products.

Bangor — With a 7-to-1 vote, the Bangor City Council approved an ordinance to prohibit the sale, display, marketing and advertising of flavored tobacco products. Penalties range from a warning followed by $100 fine for the first offense. Additional violations within two years could result in a $1,000 fine. The measure goes into effect on June 1.

Grand Forks — The Grand Forks City Council rejected a proposal to increase the legal age to sell tobacco products. Under the proposal, retail employees under 21 years old would need to be supervised by someone over 21 to complete a tobacco transaction. The council's decision leaves the selling age without supervision at 18 years old.