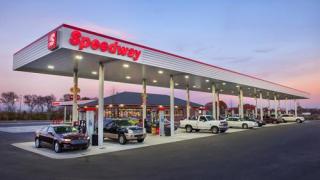 ENON, Ohio — Speedway LLC will resolve an equal pay lawsuit by paying approximately 4,000 female managers a total of $12.3 million. The class action lawsuit was filed in February 2020 and alleged that male general managers were paid more based on their sex, according to federal court records.

On May 31, lead plaintiff Nancy De Block filed an unopposed motion for approval of the collective action settlement under the Equal Pay Act in the U.S. District Court for the Eastern District of Pennsylvania, reported Bloomberg Law. Included in the class are all female general managers who worked for Speedway from Nov. 1, 2018, to the date that notice of the agreement is provided to potential class members. They must opt in to share in the settlement.

De Block and then-fellow lead plaintiffs Sheila Carrasquillo and Susan Ludwig, who are no longer involved in the case, filed suit on behalf of themselves and a collective of others similarly situated on Feb. 12, 2020, alleging that they were "consistently and systematically paid less than [their] male counterparts for the same work." De Block served as a general manager at a Speedway location in New Jersey from 2014 to mid-2017. On October 21, Judge Gerald A. McHugh conditionally certified the suit as a collective action.

The original filing alleged that "Speedway has caused, contributed to, and perpetuated gender-based pay disparities through common policies, practices and procedures, including but not limited to common compensation and centralized decision-making."

Terms of the settlement were reached on March 2 after a full day of mediation and a two-month period of negotiations, according to the news outlet. Speedway denied the plaintiffs' allegations and in agreeing to the settlement, does not admit to any liability.

The unopposed motion states that it should be approved by the court, as it is "fair and reasonable."

Class counsel will collect nearly $4.1 of the settlement for attorneys' fees, along with reasonable litigation costs and expenses up to $22,624, Bloomberg reported. Settlement administration costs of $41,500 as well as a $10,000 service award for De Block will also be paid out of the settlement fund, according to the court filing.

The pay disparities alleged in the class action lawsuit took place prior to 7-Eleven Inc.'s May 14, 2021, acquisition of Speedway LLC for $21 billion, an acquisition that accelerated 7-Eleven's growth trajectory while also strengthening its financial profile.The addition also diversified the convenience retailer's presence to 47 of the 50 most populated metro areas in the United States, and expands its company-operated store footprint as well.

Speedway LLC, which has more than 3,800 locations across 36 states, now operates as a subsidiary of the Irving, Texas-based retailer.