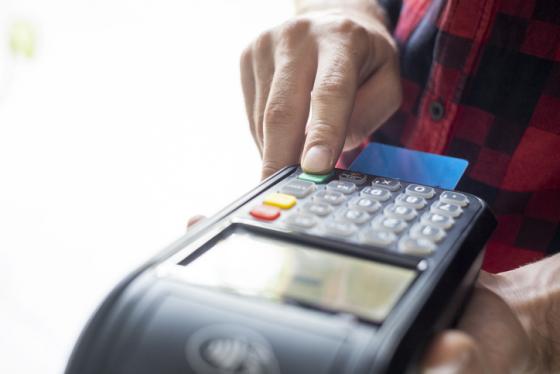 WASHINGTON, D.C. — Retail associations filed a lawsuit on April 29 seeking to have the Federal Reserve lower its 10-year-old cap on the swipe fees that banks charge to process debit card transactions.

The lawsuit states that the agency wrongly applied federal laws, resulting in merchants paying billions of dollars more than Congress intended while banks' costs have decreased.

"The Fed allowed fees that were much too high in the first place," stated National Retail Federation (NRF) Chief Administrative Officer and General Counsel Stephanie Martz. NRF is not a party, but Martz is co-counsel in the case. "Since then, banks' costs have fallen steadily but the Fed has refused to make adjustments, letting the problem grow even worse. Legislation passed by Congress requires that these fees be kept in proportion to costs to protect merchants and their customers, but the Fed has failed to do that.

"Since the Fed hasn't acted voluntarily, it's time for the courts to enforce the law. Retailers are paying twice what they should and these fees ultimately drive up prices paid by the public. Banks should not be handed a growing windfall at the expense of Main Street stores and consumers," she concluded.

"North Dakota merchants are willing to pay a reasonable fee for a service, but they're tired of seeing Wall Street banks stick their hands into the pockets of local businesses," said Mike Rud, president of the joint associations. "These fees are far higher than they need to be and take too much money out of the local economy."

According to the lawsuit, the cap is higher than allowed under the 2010 Durbin Amendment, which directed the Federal Reserve to set regulations resulting in debit card swipe fees that were reasonable and proportional to banks' costs. However, the Fed exceeded its authority by going beyond costs that Congress stated could be considered in writing its regulations, the lawsuit argued. It seeks to have the cap recalculated and regularly adjusted if banks' costs continue to fall in the future.

"For a decade, the board has failed to properly follow Congress's instructions," the associations stated in the lawsuit. "Because the board has not done what Congress said to cure this market failure, American consumers and merchants continue to suffer the same harms that prompted Congress to act in the first place. Enough is enough."

The Fed has reviewed banks' costs every two years since 2011 as required by the Durbin Amendment, but has not adjusted its regulations to keep fees proportional as costs have fallen, despite repeated concerns voiced by NRF and other retail groups, according to the lawsuit.

A survey by the Fed found that bank costs allowed under the Durbin Amendment averaged 8 cents per transaction as of 2009, giving banks an average profit of 163 percent. Layer surveys found that costs steadily fell to reach 3.6 cents per transaction as of 2017, resulting in an average profit of 483 percent. Banks currently charge nearly six times their average cost, compared to less than three times their cost when the regulations went into effect.

The amount allowed by the regulations "grows less reasonable and proportional with every passing year" and "issuers have continued to reap tens of billions of dollars in profits from interchange fees even after Congress moved to halt networks' harmful pricing practices," the lawsuit stated.

Additionally, the number of purchases paid for with debit cards has nearly doubled since 2009 and saw a significant boost during the COVID-19 pandemic, as consumers avoid using cash.