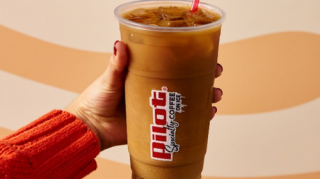 KNOXVILLE, Tenn. — Pilot Flying J is rolling out new fall flavors and welcoming back fan favorites for a limited time.

"This fall, we are branching out and going beyond pumpkin with several autumn-inspired coffees to keep you going during your travels," said Jonathan Braatvedt, vice president of food and beverage for Pilot Flying J. "The bourbon pecan was a hit, and we are excited to bring it back along with the classics and some new flavors so there is something for everyone to enjoy."

These limited-time fall flavors will be available at more than 650 participating Pilot and Flying J travel centers starting Sept. 6 through October while supplies last.

One Pilot Flying J coffee fan raved, "I don’t know who needs to hear this, but the bourbon pecan coffee is the best coffee on the road," said Adam K., who first tried the limited-time coffee last fall.

Guests can purchase the new autumn-inspired coffees and save with the myRewards Plus app, which includes weekly deals and discounts to help them go further on everything from gas to beverages

Pilot Flying J is not the only retailer roll out fall flavors in August. 7-Eleven Inc. kicked off an early start to fall with two fan-favorite hot beverages: Pumpkin Spice Latte and Pumpkin Spice Coffee.

"There's no denying that the Pumpkin Spice Latte is a quintessential fall drink — it's become a cultural phenomenon loved by coffee drinkers everywhere," said Dennis Phelps, proprietary beverages senior product director at 7-Eleven. "We like to take the Pumpkin Spice Latte one step further by encouraging our customers to take their cup of joe into their own hands with more than 3,000 ways to customize their beverage."

In 2021, 7-Eleven rolled out its fall lineup of pumpkin beverages in September, as Convenience Store News reported.

Irving, Texas-based 7-Eleven operates, franchises and or licenses more than 13,000 stores in the United States and Canada. It also operates and franchises Speedway, Stripes, Laredo Taco Co., and Raise the Roost Chicken and Biscuits locations.