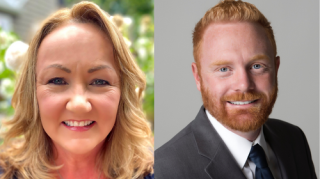 NATIONAL REPORT — Retailers, wholesalers and suppliers in the convenience store industry are only as good as their management teams and employees. In this special roundup, Convenience Store News runs down the most recent executive changes at the top of the industry.

Cameron brings more than 20 years of experience in selling, buying, and managing consumer packaged goods and confection products to his role as national accounts sales director.

Trask joins the company as the western region sales director, bringing more than 25 years of experience in the consumables industry with a variety of sales, marketing and management expertise.

From 2016 to 2018, Murphy served as president of the company's former Asia Pacific group. He was also responsible for the company's Bottling Investments Group, primarily focused on key markets in Southeast and Southwest Asia.

From 2013 to 2016, Murphy served as president, South Latin business unit, where he was responsible for operations in Argentina, Bolivia, Chile, Paraguay, Peru and Uruguay. From 2008 to 2012, he was president of the Latin Center business unit and was responsible for operations in 31 countries in Central America, the Caribbean and the Andean Region.

He began his career at Coca-Cola in 1988 as an international internal auditor.

Smith has served as president and chief operating officer (COO) since 2019. He will remain with the company as a senior executive through February 2023.He became president and COO in 2019 following two years as president of the company's former Europe, Middle East and Africa Group. Prior to that role, Smith was group president of Latin America from 2013 to 2016.

Smith joined Coca‑Cola in 1997 as Latin America group manager for mergers and acquisitions.

In his new role as division president, Kenyon brings over 28 years of experience in fuel operations. During his tenure, he most recently served as senior vice president of sales & marketing for Renewable Energy Group, Inc.

Before joining Colonial Oil, Kenyon was the president of Atlas Oil Co., where he led the company's nationwide sales, marketing, supply, operations and administrative resources spanning 20 terminals and managed more than 900 employees. 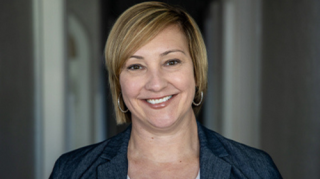 Tracy Budz is the new director of corporate communications at Love's.

Budz brings more than 24 years of experience in the corporate communications industry. Prior to joining Love's, Budz served as senior communications manager for four years at the Boeing Co.

"Adding the director of corporate communications position strengthens Love's commitment to amplifying its culture, goals, and initiatives to customers and current and future team members," Meyer said. "As the Love's Family of Companies continues to grow, so will our strategy in how we reach our audiences. Tracey is the right leader to scale our communications efforts in the right way."

Goheen serves as the liaison with NATSO's Government Affairs Committee and represents NATSO before Congress and officials in the executive branch on matters relating to the truck stop and travel plaza industry.

Prior to joining NATSO, Cevidanes worked at Steptoe and Johnson, focused on legislative and regulatory matters related to energy, trade and transportation, and for U.S. Rep. Lloyd Doggett (D-Texas).

CEO Linda Dupree retired from NCSolutions (NCS) and the company named Alan Miles to succeed her. The coming months will serve as a transition period, with Dupree remaining on as his advisor.

Dupree, a nearly 30-year veteran of the advertising, research and marketing industries, joined NCS in April 2019 as the company's first female CEO. With her hands-on leadership style, she is credited with providing stability and direction to the organization. She helped her teams to launch several significant product initiatives and expand the use of machine learning — all while scaling and building out the company's top-notch product, sales, consulting and marketing teams.

Before joining NCS, Dupree worked for seven years at Nielsen, where she served as senior vice president, client solutions. She has also served as executive vice president of sales and marketing at both Innerscope Research and Arbitron (both now part of Nielsen).

During her 19-year tenure at Arbitron, she became an early proponent of advanced audience targeting through her leadership of Project Apollo, an influential joint venture that served as the backbone of return on advertising spend solutions. Dupree has also held management positions with Grey Advertising and Stroh Brewery Co.

Miles brings more than 30 years of experience in the media and marketing industries to the CEO role. Prior to joining NCS, Miles worked at Nielsen for 11 years and has been executive vice president of commercial operations and strategic partnerships, overseeing some of Nielsen's largest media client relationships, delivering audience measurement, advertising effectiveness and social media solutions across TV and digital platforms.

He has been an NCS board member since December 2019 and the board chair since January 2021. 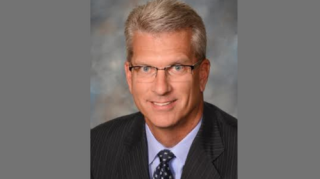 In the role, Byard is responsible for increasing overall company profitability through organic growth, acquisitions and organizational enhancements with a primary focus on wholesale growth, optimizing existing real estate, improving supply procurement and overall efficiency of the fuel and retail division of the company.

Before joining the Onvo team, Byard was at Sunoco LP. 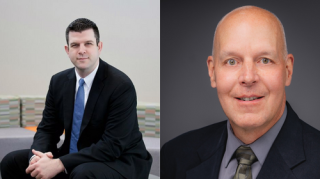 In this new role, Hedlund will focus on capturing the synergies that exist across all Vollrath Foodservice product lines and executing growth and strategic initiatives within the business. Hedlund joined Vollrath in September 2014 and previously served as vice president equipment. Before joining Vollrath Co., he held the position of marketing manager at the Kohler Co.

As vice president of information technology, McCray is responsible for providing strategic vision and leadership in the development and implementation of the information systems strategy, roadmap, and initiatives that drive digital transformation and support the objectives of the business.

Before joining Vollrath, McCray served as the chief information security officer for both Church Mutual Insurance Co. in Merrill, Wis., and Plexus Corp. in Neenah, Wis.