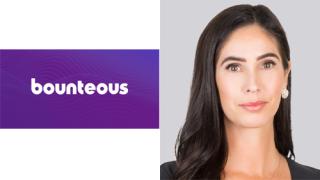 Bounteous brought on Abbey Karel as vice president of business development for convenience retailing. Karel is tasked with growing the company's presence in the convenience store industry and to evolve its client roster in the space.

This new addition represents Bounteous' investment into the c-store arena, which continues to evolve and innovate to accommodate the digital consumer.

Prior to Bounteous, Karel was at Bottle Rocket (an Ogilvy Co.), leading the largest and most strategic client relationships and was an Ogilvy Top 25 Global Client Leader. With a background in mobile product management in retail, she was a pioneer in Kohl's and JCPenney's native applications and in-store digital innovation.

Cantaloupe Inc. appointed Ravi Venkatesan as CEO, effective Oct. 1. Venkatesan previously served as the company's chief operating officer (COO). He succeeds Sean Feeney, who retired from Cantaloupe as of Sept. 30. Feeney also stepped down from the board of directors and Venkatesan joined the board.

Venkatesan was named COO of Cantaloupe in February after serving as the chief technology officer since December 2020. As COO, he was responsible for driving business strategy, product innovation and the overall customer experience.

He brings more than 20 years of experience driving technology and business innovation. Previously, he was head of innovation at Bakkt and chief product officer at Bridge2 Solutions, preceding its sale to ICE.  Earlier in his career he spent time as a consultant leader with Accenture. 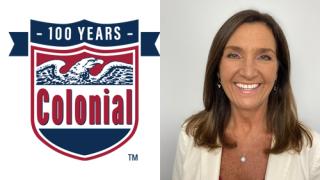 As vice president of human resources, McCants' responsibilities will be to partner with Colonial Group's leadership and the human resources team to provide human resources support to employees within the corporate and subsidiary companies of the family-owned business founded in 1921.

Cooper began working in retail grocery while in high school, working his way up the ladder. In 1990, he moved into beverage direct-to-store delivery distribution management. He joined Durant, Okla.-based Stephenson Wholesale Co. in 1998 as a street sales rep. In 2005, Cooper began building Stephenson's prepared beverage division, before serving in a leadership role starting in 2010 up until 2021. This propelled him into legislative and government affairs, in which he remains very active. He currently heads Stephenson's new market development, which includes beverage, janitorial/sanitation, foodservice, data collection and sales.

He has been actively involved in CDA for years, serving on the board and the Industry Affairs, Government Affairs, Finance & Audit and Executive committees.

CDA also named Bill Henry, of Kellogg Co., as the Dean of the Industry. Henry has been in the industry for nearly four decades. Throughout his career, Henry has been an active member of the industry, helping to keep it moving forward. As a supporter of CDA, he served on the board for four years and on the Warehouse Delivered Snack Committee as well as the Education and Research committee, where he still serves today.

In addition, Kevin Barney, of Atlantic Dominion Distributors in Virginia Beach, Va., took home CDA's Distinguished Leadership Award. Barney has been active in CDA for many years. He served as chair of the association in 2018, and served and supported the Executive Committee for an additional year. He currently serves on the board, the Past Chair's Advisory Council, the Finance & Audit Committee, the CBD/Cannabis Task Force and the Industry Affairs Committee as co-chair of the tobacco subcommittee. 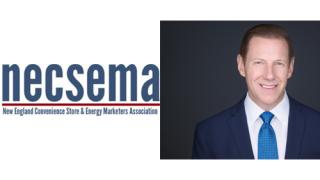 Brennan takes the reins of the trade organization, which represents more than 7,500 convenience stores and service stations across New England, to lead advocacy on many issues facing the industry, including tax disparities, tobacco regulation, fuel price volatility, lottery and online gaming. 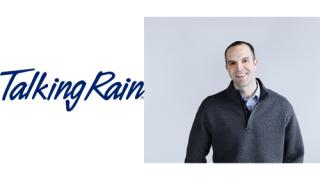 Since joining Talking Rain in 2013, Fisher has led multiple operational improvement initiatives, resulting in enhanced levels of service to customers, operating efficiencies, and improved decision-making leveraging data and analytics, according to the company. Prior to joining Talking Rain, he served as corporate controller at Icicle Seafoods, where he was responsible for leading the accounting function.

Kevin Temple joined VP Racing Fuels Inc. as vice president, branded retail. Most recently, Temple was director of business development at Phillips, where he negotiated deals for more than $500 million in sales. His career responsibilities have included leadership roles across the many disciplines of downstream petroleum sales and marketing operations, strategic sourcing, wholesale account management and sales force excellence.

With the personnel move, Ben Dolan took the role of vice president of product management. He was most recently vice president, branded retail. Dolan joined VP in 2020 following more than 20 years of sales and marketing experience across a broad range of industries.