Jack Scott, Alto-Shaam senior vice president of general market sales, will retire at the end of 2022.

Scott began his industry career in 1987, introducing Alto-Shaam products in Australia and the Pacific Rim while working for a distributor. In 1998, he returned to the United States as Alto-Shaam's national accounts manager and western regional sales manager, while maintaining leadership of the Australia and Pacific Rim market. He then advanced to national sales manager before being promoted to his current role.

He served as a prominent industry professional throughout his career, working with many industry organizations, according to the company announcement.

Matt Webber will succeed Scott in the role of senior vice president of general market sales. He joined the company on Sept. 19 and will work closely with Scott through to the end of December.

With more than 15 years of commercial appliance and sales leadership experience, Webber will lead and manage Alto-Shaam's general market sales team in the successful execution of strategic objectives and growth targets. He will plan, direct and coordinate the team in developing strong value-based relationships with customers, manufacturer's representatives and dealer partners. He will report directly to Lucy McQuillan, chief commercial officer.

In another personnel move, Alto-Shaam appointed Paris Dreibelbis as new corporate chef. In his new role, Dreibelbis will serve as a culinary application specialist, providing leading product training and customer support throughout the U.S., demonstrating the capabilities of Alto-Shaam's complete kitchen equipment solutions. He will also be responsible for further enhancing the customer experience through new product development and on-site consultations.

Dreibelbis joins Alto-Shaam with more than 10 years of experience working as a chef at a variety of restaurants and foodservice operations throughout Wisconsin. 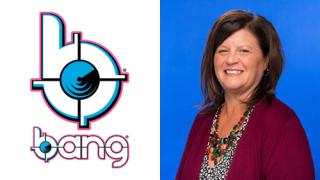 Cole joins Bang Energy from Harvest Sherwood Food Distributors, an independent food distributor, where she most recently served as president and COO. Previously, Cole held several senior leadership positions at PepsiCo Frito-Lay, where she spent 13 years in sales and finance roles. She also worked in sales, finance and logistic leadership capacities for 14 years with Coca-Cola Enterprises.

Cole is a member of NextUp, formerly known as the Network of Executive Women; Women's Inclusion Network; and serves as a sponsor and mentor for Leadership Investment for Tomorrow and as an executive sponsor of the Diversity & Inclusion Council, among other advisory and leadership roles.

Sivinski joined the CITGO Lake Charles, La., refinery after graduating with a bachelor's degree in civil engineering from Texas A&M University. During her 35-year career with CITGO, she has held numerous positions of increasing responsibility, serving most recently as general manager, Terminal Facilities and Pipeline, where she oversaw the safe operation of the company's distribution network, while also providing human resources support through the Leadership Rotation Program and leading the Employee Wellness work group.

In addition, she continues to serve as president of Lake Charles Pipe Line and also serves on several corporate committees, including secretary of the Operations Committee and member of the Real Estate Review Committee.

At Honeywell, Ganapathi helped create the company's industrial software business, Honeywell Connected Enterprise (HCE). He held multiple leadership roles at HCE, spanning product and technology. Most recently, as the chief transformation officer for HCE, he led the effort to shift the portfolio to SaaS, build an innovation pipeline, and accelerate new product introductions.

Prior to Honeywell, Ganapathi held various operator roles in public companies and private equity, including as vice president and general manager at Diebold Nixdorf.

Anand Kulkarni assumed the role of COO at KPS Global in late July as Tom Marcy stepped back to focus on special projects.

"We have been formalizing the succession plan of the chief operating officer role for over a year now," said CEO Mike Eakins. "With Tom's training and guidance, Anand is more than prepared to step into the COO position."

Kulkarni is a results-driven leader with more than 20 years of experience. Prior to this move, heserved as the senior vice president of operations at KPS Global.

Kulkarn and Marcy have worked closely over the past year to ready the organization for the succession. Key hires like Tom Herberg and Lun Tsuei will ensure a smooth transition, according to the company.

Marcy will remain active within KPS Global, taking on special projects in the organization and spearheading them to a successful outcome.

Amy Toner has been named executive director of the NATSO Foundation. 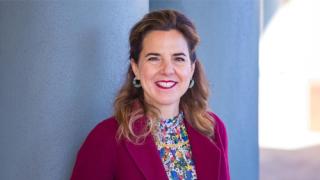 Most recently, Toner served as NATSO's vice president of publishing and digital content, where she oversaw the association's education, marketing and content development.

"With the recent growth in the importance and scope of the foundation's work, I am thrilled that Amy has accepted this new post," said NATSO president and CEO Lisa Mullings, who serves as the foundation's president. "For more than 15 years, Amy has been driven by a desire to help members understand and adapt to changes in their highly competitive business environment."

"Given the success of our retail advisory initiative, it became logical to expand these services. Affiliating with Peter and his firm allows us to proactively enhance our capabilities to address the growing sophisticated needs of convenience retailers," said Mark Radosevich, PetroActive president.