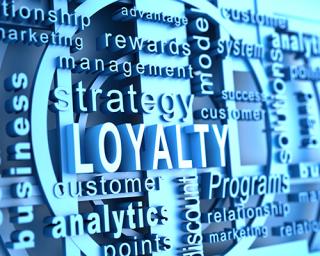 NEWTON, Mass. — With higher food prices and fluctuating gas prices hitting consumers in their wallets, it is no surprise that shoppers are turning to loyalty rewards to ease the pain.

According to the Paytronix Annual Loyalty Report 2022, loyalty programs are helping combat inflation as 55 percent of restaurant loyalty customers increased their average check size more than the price of the average item increases. The report also found that anywhere from 5 percent to 17 percent of overall business revenue is driven by the most loyal 2 percent to 3 percent of customers.

According to Newton-based Paytronix Systems Inc., key report takeaways include:

A New Spending Record: In 2021, loyalty spending hit the highest level on record, demonstrating that even with rising inflation, loyalty programs are a valuable source of revenue. Casual dining, fast-casual, ice cream/snack/coffee, and Mexican/sandwich concepts all saw the highest annual spend per guest of any year for which Paytronix has data.

Top-Tier Loyalty Members: Top loyalty guests overwhelmingly represent the highest spenders and the most frequent visitors, and they offer a lifeline during an economic downturn. At convenience stores, the top 8 percent to 10 percent of loyalty members visit an average of 32 times a month — more than once a day — and four times as often as the next highest tier.

Generational Shift in Age and Spend: Millennials have an outsized percentage of spend, while the baby boomers have an outsized percentage of visits. The largest untapped potential lies with Gen Z, as this group has the most guests who neither visit nor spend. Both the growth in spend for millennials and the shrinkage in spend for baby boomers indicate that millennials are the future of loyalty programs.

Convenience Store Trends: The spend per check for c-store loyalty members increased by about 25 percent last year, and much of it can be attributed to price increases in both fuel and in-store items. While the spend per check increased approximately 25 percent from 2020 to 2021, the annual spend for convenience loyalty members increased nearly 40 percent. Fuel purchasers were paying more per gallon and visiting more often.

Rise of Snacking: Across all concepts, 2021 saw the highest annual spend per guest of any year for which Paytronix has data. The difference was often minimal, but the ice cream/snack/coffee segment proved an exception, as guests increased their spend by 20 percent between 2019 and 2021.

"The Paytronix Annual Loyalty Report shows that the potential of loyalty to build relationships between customers and their favorite brands has never been greater. Between the ongoing generational shift and the critical importance of the top tier of 2 to 3 percent of guests, it has become increasingly clear that growing cadres of loyal customers are vital for the health of brands," said Lee Barnes, chief data officer, Paytronix Systems Inc.

"And the loyalty members of convenience stores who visit daily show the potential of loyalty customers to visit more often," Barnes added.

All data referenced in the report is sourced from the Paytronix database of in-store and online transactions that occurred between Jan. 1, 2019 and Dec. 31, 2021, unless otherwise noted. Only merchants continuously operating loyalty programs between 2019 and 2021 were evaluated. No categories with fewer than five brands were considered in order to preserve anonymity.