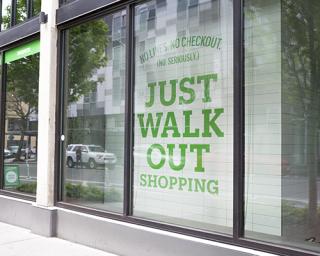 NATIONAL REPORT — Like many convenience store retailers, Alimentation Couche-Tard Inc. launched a hiring initiative this past spring. In early May, the parent company of Circle K advertised for 20,000 open positions and filled nearly 19,700 by the end of the first quarter of its fiscal year 2022. Though it has since added to that number, challenges remain.

"It remains a difficult market and we still have stores that are affected by the labor disruption, and we can also see the effect of this labor shortage in many areas of our supply chain in North America," Chief Financial Officer Claude Tessier said during the Laval, Quebec-based company's earnings call on Sept. 1. "We're trying to mitigate those impacts in our network."

At Arko Corp., the parent company of Richmond, Va.-based GPM Investments LLC, some of its stores have been more significantly impacted by the labor crunch than others. The retailer, which has approximately 1,400 company-operated stores, tweaked the operating hours at roughly 75 locations where it made sense from a profitability standpoint.

"They're not significant. We're trying to shave them in the morning and the evening, and we're even in the process of starting to restore those hours now," Arko Chief Financial Officer Don Bassell said. "They're being done strategically where it makes sense, where we're having problems, but it wasn't like cutting out massive hours. It was just being done where we had particular issues."

Doing more with less labor has been a topic of conversation between Zebra Technologies and its customers not only in convenience, but also across retail, banking and healthcare.

"It's been across the board in the last 18 months," said Suresh Menon, senior vice president and general manager, software solutions at Zebra Technologies. "How can they do more with the staff they are finding hard to keep, staff that is becoming more expensive, and having that same staff do more with less?"

According to Menon, convenience store operators can take several steps to deal with this new reality. Step one, he said, starts with more accurately predicting staffing requirements and scheduling the right number of staff for the predicted workload.

"Can we avoid overstaffing, which hits the bottom line, and can we avoid understaffing and provide the best customer experience?" he posed.

Traditionally, scheduling has fallen under the responsibilities of the store manager, who has had to juggle spreadsheets and figure out how to staff a store on the average Saturday afternoon over a holiday weekend, for example. This is where technology can play an important role — by providing optimized schedules built on a strong foundation of artificial intelligence (AI) and machine learning, Menon explained.

Artificial intelligence can be used to ensure the right staffing mix at the right time — which can be difficult when comparing this year to 2020 given the changes in consumer patterns and behaviors during the pandemic. According to Menon, this challenge can be avoided if the tech solution uses AI-based disruptive scheduling, a capability that was developed to take into account the unknown, such as hurricanes and snowstorms.

"Some of our customers in this space have seen, on average, store managers save anywhere from four to eight hours a week from the automation that comes with technology," he said. "That allows the store manager to run a better operation."

Artificial intelligence can also be used by c-stores to power autonomous checkout solutions.

Standard AI CEO Jordan Fisher notes that AI-powered "retrofits" of existing stores, powered by camera-based computer vision technology, enable retailers to rapidly deploy and deliver new shopping experiences in their existing stores without having to rebuild from the ground up for costly sensor fusion-based shelving and other similar overhauls. Solutions like Standard AI's platform also allow associates to focus on other value-added tasks, such as restocking, interacting with customers, and helping shoppers find items.

Looking ahead, Fisher believes autonomous checkout will be one of the key pillars of the future of retail given the many benefits it brings for retailers, employees and customers.

"It's a way to deliver a transformed customer experience, lower operating costs, manage the labor shortage, and get people back to stores,” he said. “As people spend more time out in the world, technology like autonomous checkout can make shopping fast and enjoyable, offering some of the same benefits of ecommerce, like seamless checkout, with the added benefit of instant access to your goods."

Mobile workforce technology can help managers and employees do more with less as well.

As a multitasking tool, it allows c-stores to run more efficiently, according to Rob Klitsch, director of the retail, hospitality and foodservice practice at UKG.

Among the benefits, manager tasks formerly contained to a backroom computer are now done on the floor, allowing managers to be more present. Employees can keep up with required activities and track completion of daily tasks without retreating to the back office, and they can handle personal activities like clocking in and out from an app on their mobile device.

"A lot of applications that sit on some of the largest timekeeping platforms today help streamline everything from employee communications and employee surveys to task management," Klitsch said. "Mobile access to schedules and employee shifts makes it easier than ever for employees to pick up open shifts, whether at a single location or across numerous stores within a set radius."

This should be particularly appealing to store managers hoping to fill gaps in their schedules in near-real time, he pointed out.

"Ultimately, mobile technology creates far less restrictions around what can be accomplished and where, and that's a critical factor when c-stores are short staffed and looking for ways to optimize all available labor," said Klitsch.

In the end, if the question is how to streamline operations, the answer is technology, according to Klitsch. "Just think about the increased demand for mobile ordering and curbside pickup. Curbside requires more staff — not less — but you want to be able to accommodate customers. In order to support this operating model, you need to look at other ways to become more efficient," he said. Technology provides those ways.

"Technology is enabling c-stores to redirect and optimize their labor — in and out of challenging times — while creating a frictionless or even contactless shopping experience for those who want it," Klitsch said. "Staff can focus more on in-demand services like curbside, or behind-the-scenes operations like foodservice and stocking coolers, or they can spend more time interacting with customers and delivering a differentiated shopping experience.

"It doesn't quite matter where you shift your labor to, the point is that bringing new technology into play is going to allow you to innovate in new areas and continue to optimize on all fronts," he added. "C-stores that invest in technology are in a position to remain agile."