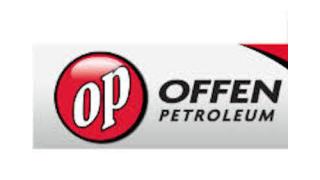 The transaction also deepens the company's operations in Colorado.

Headquartered in Centennial, G&S Oil is a full-service wholesale and retail marketer of branded motor fuels under the Conoco, Phillips 66, Sinclair and Shell brands, as well as a supplier of unbranded fuels. The company's footprint encompasses the greater Front Range of Colorado.

Following the acquisition, G&S Oil will continue to operate its portfolio of convenience stores and automotive service centers. It has been owned and operated by the Sussman family for more than 50 years.

"We've had a long relationship with [Offen Petroleum CEO] Bill Gallagher, and we knew that if we were going to sell our wholesale business, Offen would be the best partner for not only our wholesale customers, but also for our company-operated stores, who will be a fuel customer of Offen's," said Meyer Sussman, founder and president of G&S Oil. "The Offen team has a reputation of providing the highest level of customer care and they have a full breadth of resources that will benefit our customers."

In addition to further enhancing its position as one of the leading fuel distributors in the United States, the deal for G&S Oil's wholesale fuels division expands the company's commitment to the branded dealer business, according to Offen.

"Meyer and Jeff Sussman and their team of dedicated, long-term employees are long-standing, highly respected operators in the motor fuel/convenience retail industry, and I am very honored that the Sussman's are entrusting Offen to carry on their legacy of providing superior service to their customers," Gallagher said. "This is a very special opportunity for us to be able to acquire such a high-quality portfolio of customers."

The deal with G&S Oil is Offen's latest acquisition. The company boosted its presence in Arkansas, Missouri and Oklahoma when it acquired the business assets of Petromark Inc., a motor fuel distributor that sold branded motor fuels under the Shell, Phillips 66, Valero, Sinclair, Conoco and VP Racing banners, as well as unbranded fuel, last year.

The transaction also included Petromark Transportation LLC, its affiliate trucking company. Both entities were headquartered in Harrison, Ark., and combined operations under the Offen Petroleum name following the deal's closing.

Commerce City-based Offen Petroleum distributes more than 2.2 billion gallons of motor fuel annually and serves customers throughout 40 states. In addition to branded and unbranded motor fuels, the company sells propane and lubricant products and solutions for the commercial, industrial and passenger car segments, as well as diesel exhaust fluids used in emission controls.

Offen Petroleum is a portfolio company of Court Square Capital Partners, a New York-based private equity firm with $7 billion of assets under management.