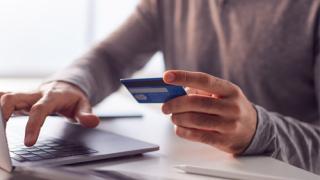 On Oct. 3, the Fed gave the greenlight to rules that clarify that banks and credit card networks are legally required to give retailers a choice between two unaffiliated networks over which to route debit card transactions regardless of whether purchases take place in-store or online.

"The Federal Reserve has declared once and for all that a debit transaction is a debit transaction no matter where it takes place and that merchants have the right to choose the network that offers the best service, strongest security and most reasonable fees," NRF Vice President for Government Relations, Banking and Financial Services Leon Buck said.

"Congress ended Visa and Mastercard's virtual monopoly over debit transactions a decade ago, and this decision makes clear that the law applies the same for in-store and online transactions — the result that Congress mandated in the first place. It's welcome news that will benefit small businesses and their customers across the nation," Buck added.

The 2010 Durbin Amendment required banks to enable all debit cards to be processed over at least two unaffiliated networks — typically Visa or Mastercard plus one of several independent debit networks that offer better security and lower fees.

Retail industry groups have been pushing the Federal Reserve to make it clear that the rule also applies to online transactions, as Convenience Store News reported in 2021.

Last year, NRF told the Fed a combination of Visa/Mastercard rules and financial incentives have pressured banks to not enable the "PINless" capability required for the cards to be processed over independent networks online, where a PIN cannot be entered.

As a result, all but about 6 percent of online debit transactions are processed over Visa and Mastercard, according to the Fed.

"This move will bring badly needed competition to our nation's broken payments market," said Doug Kantor, MPC executive committee member and NACS general counsel. "When Congress said merchants had the right to route debit transactions to the processor of their choice, they meant all transactions, not just those in stores. The Fed has followed through on Congress' intent and made it clear that big banks' evasion of competition must stop. Visa, Mastercard and their bank members should not be allowed to shut out other networks that can do the job more efficiently and more securely."

Kantor pointed out the Fed's move is "particularly important" as e-commerce and the use of mobile apps and digital wallets increased during the COVID-19 pandemic.

"These transactions account for a rapidly increasing share of our nation's economy and the Fed has closed a major loophole that allowed them to escape the competition intended by Congress," Kantor said. "Card networks should have to compete the same as any other business."