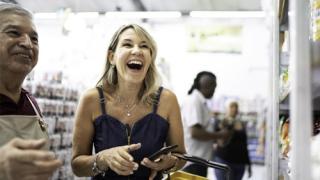 For example, the report found that when it comes to coffee, 70 percent of shoppers prefer their favorite brand over the most convenient cup.

"In a world where channel blurring is forcing c-stores to compete with other verticals such as grocery or quick-service-restaurants, leaders need to go beyond being the most convenient option to being one that also offers top-quality products, speedy and accurate service, and a variety of shopping methods," said Cameron Watt, president and CEO at Intouch Insight.

When it comes to foodservice, 76 percent of consumers have purchased ready-made meals at a c-store, with these numbers rising higher among shoppers in their 30s (87 percent). The quality of ready-made food also rated highly among respondents, but for c-stores to remain competitive, they must maximize the reasons why their shoppers would choose their brand over a traditional competitor, according to the Convenience Store Trends Report.

As Intouch Insight found, consumers gravitated toward c-stores for grab-and-go meals because they can purchase gas at the same time, it can be faster than a drive-thru and it is located along their commute. However, they can be steered away because of high prices and lack of alternative shopping methods that allow them to remain in their vehicle.

While consumer adoption of alternative last-mile services such as curbside, delivery, and mobile ordering was initially slow, the report also shows a 47 percent increase in use among c-store since Fall 2021. Overall, prepared food and groceries are the most popular purchases, bought most frequently through third-party apps.

"We found that a vast majority of those who purchased fuel from a c-store preferred to keep their transactions at the pump. At the same time, shoppers are increasingly engaging with convenience retailers through third-party applications and delivery services, which implies that c-store operators are going to have to find new ways to make room for in-person customer interaction," said Watt. "Now more than ever, it's critical to ensure shoppers feel acknowledged and valued no matter how they are engaging with your brand."

The report also revealed that loyalty programs are a strong tool to attract more customers and influencer purchases. Ninety-four percent of consumers are part of at least one loyalty program, and 76 percent would choose a brand with one over a competitor.

However, convenience stores didn't even crack the top three most popular types of programs trailing behind grocery, restaurants and fast food. According to Intouch Insight, mystery shopping data showed that only 28 percent of cashiers mentioned their c-store's loyalty program and not all locations had signage/materials promoting the program.

Better promotion will not only help attract more customers but influence their purchases too, added the consumer experience solutions company.