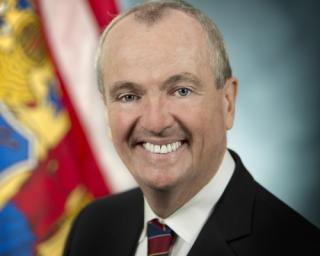 TRENTON, N.J. — New Jersey is taking a closer look at the use of electronic cigarettes as vapor-related illness across the country have placed a brighter spotlight on vapor products.

According to the governor's office, the task force will formulate a comprehensive strategy to protect New Jersey residents from the hazards of electronic cigarettes. It is required to submit its recommendations within 21 days.

"The rash of lung disease and death nationwide due to e-cigarette use is deeply alarming," Murphy said. "As state leaders charged with protecting the safety and health of the New Jersey public, we must have a more complete understanding of the risks associated with this all-too-common practice, and the options available to address e-cigarette use. I'm proud to create a task force bringing departments together across government that will immediately get to work to achieve that goal."

He also urged New Jersey residents to stop using e-cigarettes and vapor products, following the recommendations of the Centers for Disease Control (CDC) and Prevention and the New Jersey Department of Health.

"Use of electronic smoking devices has skyrocketed among our youth and the incidence of serious lung complications is increasing at a rapid rate — which is cause for concern. People should stop vaping until the FDA [Food and Drug Administration] and the CDC determine the cause of these illnesses," said Acting Health Commissioner Judith Persichilli, who is chairing the task force.

In addition, state Attorney General Gurbir S. Grewal said the New Jersey Division of Consumer Affairs requested information from 15 e-cigarette businesses about their marketing and sales of vaping products in the state.

Among other things, the companies are being called upon to provide information about the volume of their New Jersey sales, the types of flavored e-cigarettes they sell, and how they market their products here.

"A better understanding of the effects of vaping is vital to the public health. Policymakers and everyday citizens alike must be made aware of the dangerous consequences of e-cigarettes, especially when it comes to the wellbeing of young people who tend to use these devices the most," said state Assemblyman Herb Conaway (D-7th District). "This task force is critical to gathering and sharing information about the various, potentially fatal outcomes of vaping and how our state can properly address this issue to protect our residents."

Conway also called out the federal government for "not exercising its regulatory authority in a more timely manner."

Moves at the Federal Level

According to Azar, the agency FDA intends to finalize a compliance policy in the coming weeks. The policy will include all flavors, including mint and menthol.

Following the 2016 deeming rule, which set regulations for e-cigarettes and vapor products among other tobacco products, all electronic nicotine delivery systems (ENDS) must file a Premarket Tobacco Application (PMTA) for FDA approval to remain on the market. To date, the agency has not approved any PMTAs for ENDS.

This summer, Judge Paul Grimm of the U.S. District Court for the District of Maryland set a May 12, 2020 deadline for companies to submit PMTAs to the agency.

Grimm's decision came in a response to a March 2018 lawsuit filed by seven public health and medical groups, and several individual pediatricians challenging the FDA's deadlines.

The FDA spelled out application deadlines in its 2016 deeming rule — which established its authority to regulate electronic cigarettes and other tobacco products including cigars. However, in July 2017 the agency pushed back the deadline from non-combustible products such as electronic nicotine delivery systems to Aug. 8, 2022.