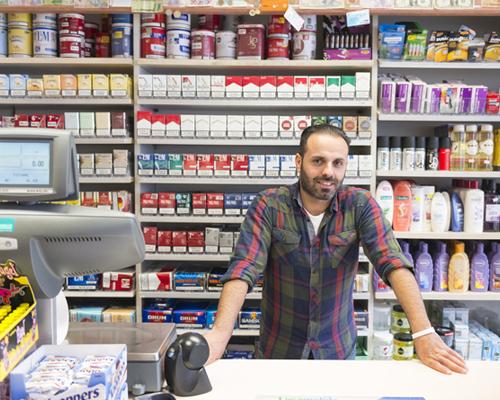 BOSTON — With the clock ticking down on the number of days Massachusetts retailers have left to sell flavored tobacco, there is a push underway to hit the pause button.

The New England Convenience Store & Energy Marketers Association (NECSEMA) is asking Gov. Charlie Barker to delay the implementation of the state's flavored tobacco ban, which is set to begin June 1. The request comes as convenience stores face declining sales as the country deals with the COVID-19 pandemic.

According to Jon Shaer, executive director of NECSEMA, overall sales are off roughly 30 percent to 50 percent, and sales at the pump are down 60 percent at Massachusetts c-stores. Lottery sales are also down 20 percent, the Boston Business Journal reported.

In addition, the ban is expected to lead to another 20 percent loss in revenue, Shaer said in a letter to Baker. That number could be even higher in urban markets, he added.

"It is likely that these businesses will never come back due to damage to credit, lack of ability to capitalize new operations and the simple human reaction of giving up," Shaer wrote.

The letter, which is the second one concerning the ban that Shaer sent to Baker this month, requests a one-year delay after members of the Stoughton-based association projected they may have to close stores driven by the current decrease in sales, according to the news outlet.

"By the end of May, it is estimated 200 stores will be permanently closed; if the menthol, mint and wintergreen ban goes into effect then the number is estimated to grow to 800 within a month or two, and most urban and inner-city stores 'are not expected to survive,'" he wrote.

"That is particularly true in Gateway cities, where 2,626 of approximately 6,700 small format tobacco licensees operate," he added, referring to cities like Brockton, Chelsea, New Bedford, Fitchburg, Taunton and Worcester. "This is nearly 40 percent of licensees in the Commonwealth which a major wholesale supplier considers at greater risk should a menthol ban layer the COVID impact."

Baker's office did not immediately respond to the Boston Business Journal's request for comment.

Baker signed a ban on the sale of flavored tobacco and vapor products — including menthol cigarettes — across the state into law on Nov. 27. Three weeks later, the Massachusetts Public Health Council approved new rules restricting the sale of nicotine vapor, and flavored vapor and tobacco products, as Convenience Store News previously reported.