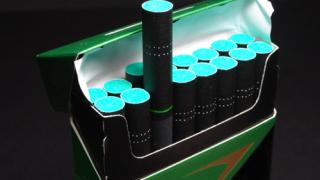 ALEXANDRIA, Va. — Tobacco retailers and industry stakeholders have roughly six more weeks to comment on a proposal to remove menthol cigarettes from the backbar, and NACS is urging its members to speak out against the move.

Health and Human Services Secretary Xavier Becerra said the implementing the standards would "help prevent children from becoming the next generation of smokers and help adult smokers quit."

The agency began taking public comments on the proposed rules on May 4. It will also hold public listening sessions on June 13 and 15 for individuals, communities and organizations to share their perspectives with the FDA.

The FDA is accepting either electronic or written comments directly to the dockets on the proposed rules through July 5.

As the leading association representing the convenience channel, NACS plans to file comments on behalf of the industry, but it said the FDA also needs to hear from individual retailers.

"Given the existing market and current user base, NACS believes a ban on these products will push sales to the illicit market, which undermines the efforts of responsible retailers and poses a greater risk to communities. The rulemaking process includes a comment period in which the agency will consider input from the public before finalizing the rule," the association said.

Retailers can download a pre-drafted letter that can be modified to describe their business and their compliance efforts, according to NACS, which added the letters will be even more effective if retailers write their own thoughts based on the points in the template.

"The more personalized the comments the FDA receives, the better," it said.

As Convenience Store News reported, the journey from proposed product standards to full ban will consist of several steps.

However, any final decision by the agency is sure to face legal challenges, which could delay any implementation. "Ultimately, it is a complex and lengthy process that, based on precedent, could likely take several years to be successfully implemented, if at all," Bonnie Herzog, managing director at Goldman Sachs, pointed out last month.