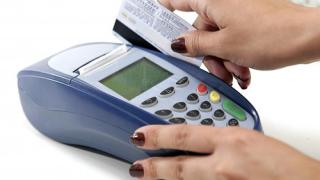 According to MPC, the campaign comes as Visa Inc. and Mastercard Inc., which comprise nearly 80 percent of the U.S. credit card market, are prepared to implement a $1.2 billion increase in swipe fees in April. The increase was delayed from a year ago after members of Congress said it would "undermine efforts to help the economy recover."

The campaign, which will run through this spring, includes ads that will be featured in both social media and traditional media across Washington, D.C., targeting members of the House of Representatives and Senate and their staffs, as well as policymakers at agencies such as the Federal Reserve, Consumer Financial Protection Bureau, the Federal Trade Commission and the Department of Justice.

"Swipe fees charged in the United States are the highest in the industrialized world and a lack of competition, transparency and scrutiny has allowed them to get that high," said MPC Executive Committee member and National Retail Federation Vice President for Government Relations, Banking and Financial Services Leon Buck. "These fees are largely hidden, even from those in power to do something about them. We want members of Congress to know how much money big banks and global card networks are taking out of their constituents' pockets, and how these fees are harming small businesses across the nation."

Swipe fees for Visa and Mastercard credit cards average 2.22 percent of the transaction amount and totaled $61.6 billion in 2020, up 137 percent versus the previous decade, according to the Nilson Report.

According to MPC, swipe fees mean merchants receive less than 98 cents on the dollar when customers pay by credit card, and merchants have to set prices higher to make up for the loss. For a $100 purchase, more than $2 goes to the card industry, and the fees equate to an estimated $724 a year for the average U.S. family, according to payments consulting firm CMSPI.