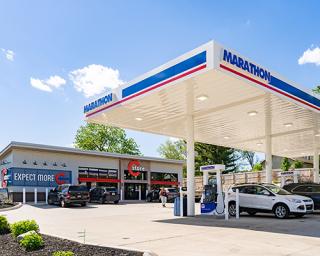 LAWRENCEVILLE, Ga. — Majors Management LLC closed the books on 2022 with a final acquisition for the year.

The company completed its purchase of the assets of Battle Creek, Mich.-based Davis Oil Co. and its affiliates on Dec. 22.

First established in 1966 as a small fuel oil delivery service, Davis Oil grew to become one of the largest Marathon jobbers in Michigan. Brothers Jon and Ben Davis currently serve as the third generation of family leadership.

"It was a real pleasure partnering with NRC to facilitate this transaction. The entire process was well organized and went rather smoothly," said CEO Jon Davis. "The whole Davis family couldn't be more excited about passing on our family's legacy to Majors Management. They are an upstanding group to say the least."

Davis Oil was originally a partnership between Richard Davis and Lew Katz known as Katz-Davis Oil Co. Davis was a former employee of Marathon Oil and Speedway while Lew was a fuel oil distributor. The company's name changed following Katz's retirement in 1975.

As a pioneer of the self-serve gas model in southwest Michigan, Davis Oil was one of the first companies in the area to convert its service stations into convenience stores in 1980. It expanded its footprint from Battle Creek to Kalamazoo, Grand Rapids and many other towns in southwest Michigan.

"It was a privilege for NRC to represent Jon and the rest of his family in the sale of their company which has served their loyal customers in the Battle Creek and Kalamazoo, Mich., areas for three generations," said Dennis Ruben, executive managing director of NRC. "Although it is never easy to decide to sell a business that has been in the family for several generations, the Davis family was a pleasure for us to work with, and we know that these assets will be in good hands with Majors Management, a firm we have also dealt with for several years on a variety of transactions."

Majors Management is an owner, developer and operator of convenience stores and a distributor of branded motor fuels. The company and its affiliates supply fuel to more than 1,200 convenience store locations. Majors Management partners with leading petroleum brands such as BP, Shell, Chevron, Exxon, Marathon, CITGO, Mobil, Texaco, Valero, Phillips, Sunoco, 76 and Alon.