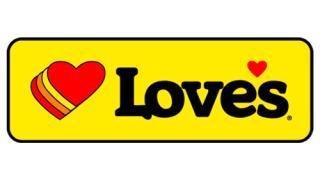 The company opened travel stops in Heflin, Ala.; Kimball, S.D.; Fillmore, Utah; and Leavenworth, Ind., on Dec. 15, while a fifth location opened in Klamath Falls, Ore., on Dec. 16.

The five stores combined will add more than 380 truck parking spaces and more than 230 jobs to the communities in which they operate.

"For only the second time in the history of Love's, we're opening five new locations in one day that will be ready to help get customers back on the road quickly and safely," said Greg Love, co-CEO of Love's. "Our team members in Klamath Falls, Heflin, Kimball, Fillmore and Leavenworth will provide customers the Highway Hospitality they expect when stopping at Love's."

Amenities and offerings at the sites include:

All five locations will also have laundry facilities; a CAT scale; a Fresh Kitchen concept, brand-name snacks and bean-to-cup gourmet coffee; and a Mobile to Go Zone with the latest GPS, headsets and smartphone accessories.

In honor of the grand openings, Love's will donate $2,000 to these nonprofits in each town: