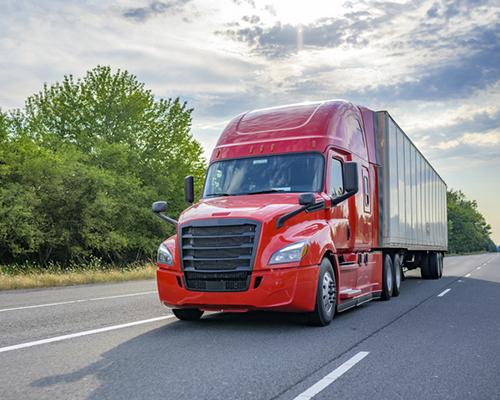 The New York Association of Convenience Stores (NYACS) is among the business trade groups asking Governor Kathy Hochul to call a timeout on the state Department of Environmental Conservation's plan to adopt California's "Advanced Clean Truck Act." The act would require that, starting with model year 2025, increasing percentages of medium- and heavy-duty trucks sold in New York would have to be zero-emission vehicles.

"The goal is laudable, but we don't think it's wise to adopt a mandate this critical without fully vetting the potential economic impacts," said NYACS President Jim Calvin.

It remains in question whether convenience stores would be eligible to do the same. The bill memo indicates they would, but most other states already participating in the program list mainly fast-food restaurants as authorized providers. Retailers will need to wait until the state Office of Temporary and Disability Assistance issues proposed regulations for implementing the program to find out for sure.

The New York State Department of Motor Vehicles is using reportedly public resources to try to poach commercial drivers from the private sector. It sent emails to current and past commercial driver's license holders in its database saying a bus driver shortage is hindering New York school districts, some of which "are offering signing bonuses, retention bonuses and other incentives to attract drivers. If you are interested in helping the children of your community, please fully complete DMV's School Bus Driver Candidate Survey."

New York convenience stores with foodservice offerings are trying to line up adequate and affordable supplies of alternate coffee cups and takeout packaging by Jan. 1, 2022, when a new statewide ban on polystyrene food containers goes into effect.

In June, Oregon Gov. Kate Brown approved HB 3051, changing Oregon's renewable fuel blending requirement from "10 percent" to "at least 10 percent" — essentially allowing for the sale of E15 and potentially higher blends in the future. In response, the Oregon Department of Agriculture issued a proposed rule to make the change on blends higher than 10 percent.

"Growth Energy strongly commends the department for its support of E15 sales in Oregon and strongly supports this proposal to clarify the legal sale of E15 in the state," wrote Bliley. "We appreciate this opportunity to comment on this proposed rule and other actions by the department to facilitate sales of E15 and higher biofuel blends."

While they remain at loggerheads on a host of issues, some state Democrats and Republicans appear to be nearing common ground when it comes to marijuana. In September, Sen. Mike Regan (R-Cumberland), chair of the Senate Law and Justice Committee and a former U.S. Marshal, announced legislation that would legalize adult-use marijuana in Pennsylvania.

The proposal is the latest in a series of legalization bills drafted by both Republican and Democratic legislators, but is notable in coming from an established member of the General Assembly with a law enforcement background who was closely involved with the development and passage of the state's medical marijuana law.

Among the targets for revenue generated by Sen. Regan's legalization bill is the state Motor License Fund. Originally aimed at supporting transportation infrastructure repair and investment, the fund has in recent years been tapped repeatedly to help fund the state police. According to Sen. Regan, diverting money back to the Motor License Fund and returning it to its original intent would avoid the need for new tolls on a number of Pennsylvania bridges.

The Pennsylvania Food Merchants Association (PFMA) is following the legislation closely and had requested policy feedback from members to help direct its advocacy on this issue.

Citing ongoing disruptions to the supply chain, the Pennsylvania Liquor Control Board (PCLB) in September instituted a two-bottles-per-day limit on 42 products for customers, representing roughly 2 percent of total products on offer.

The affected items are specific high-end brands of products including champagne, cognac and bourbon, with impacts expected to center on bars and restaurants, as well as large events and gatherings like weddings. While the limits are in place indefinitely, the PLCB has said it will terminate rationing as supply shortages ease.

Lawmakers in Harrisburg convened a public hearing shortly after the announcement to probe the board's decision. While PLCB chair and former Congressman Tim Holden defended the move as a proactive one intended to mitigate hoarding, legislators criticized the board for a perceived lack of transparency and its effect on the beleaguered hospitality industry.

At the hearing, the Distilled Spirits Council of the United States characterized the rationing plan as a reasonable one to discourage hoarding, but suggested waiving out-of-stock fees imposed against licensees and encouraged lawmakers to focus on stalled ready-to-drink beverage legislation pushed earlier in the year by PFMA and other partners.

Philadelphia City Council Back in Session

Following its summer break, Philadelphia City Council has resumed session with a number of policy objectives in place for the fall and winter. Among the issues in play is legislation that would extend or make permanent outdoor dining provisions put in place during the height of the COVID-19 pandemic. The council is also moving forward a measure aimed at deterring racial disparities in police traffic stops, in particular discouraging car stops by police for minor infractions such as broken tail lights and expired inspection stickers.

Proposals PFMA is monitoring include bills by Councilmember Bobby Henon targeting illegal drag races in commercial parking lots by requiring businesses steps to discourage nuisance behaviors before and after their operating hours; and legislation that would make permanent another temporary COVID-19 measure that caps the fee third-party food delivery companies can charge to food service establishments.

PFMA has requested policy feedback on these proposals as well.