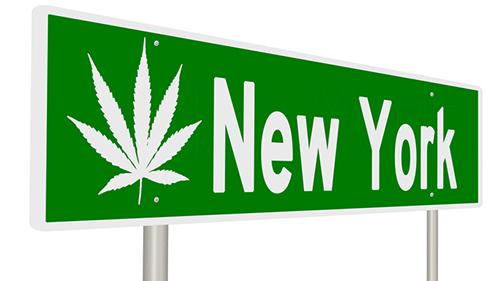 E15 Fuel — The U.S. Environmental Protection Agency (EPA) announced its approval of the removal of the low Reid Vapor Pressure (RVP) gasoline requirements in the Kansas City metro area, which now allows for E15 fuel to be sold in the area year-round.

"This is good news for consumers, who could soon see cleaner, higher octane unleaded E15 gasoline as the lowest price gas at the pump," said Ron Lamberty, senior vice president and market development director for the American Coalition for Ethanol (ACE).

"It can be even better news for retailers, who have seen marketers in other parts of the country increase customer counts, volumes and profits by adding E15 to their fuel slate," he added. "Right now, low ethanol prices and high RIN credit values make E15 the lowest cost gasoline at the rack, and whether they sell it as UnleadedE15, Unleaded88, or something else, retailers can offer the lowest price on the street and still earn some extra margin."

Marijuana Legalization — Gov. Andrew Cuomo and legislative leaders announced their agreement on legislation to legalize adult purchase and use of marijuana for recreational purposes. Convenience stores, however, will be excluded from the opportunity to sell the product. Cuomo signed the bill into law on March 31.

Employer Liability — As the c-store industry lobbies Congress to pass COVID-19 liability protections for responsible retailers, the New York Association of Convenience Stores (NYACS) is opposing a state bill that it stated would do the opposite in New York by creating a private right of action for employees claiming to have contracted airborne infectious illnesses in the workplace. It would also would allow employees in companies with a workforce of 10 or more to establish "joint labor-management workplace safety committees" with outsized influence over workplace policies, NYACS said.

Zero-Emission Vehicles — NYACS also opposes a bill that would decree that, as of 2035, only zero-emission passenger cars and trucks may be sold in New York State. The association stated it is not assailing the goal but is questioning having it cast in stone without knowing how it will play out. Enacting the bill "would light a fuse that no one will be able to extinguish," NYACS told the legislature. "Come 2035, will it set off fireworks celebrating the triumphant end of carbon emissions in New York, or will it blow up New York's economy? Respectfully, we think you should know the answer before voting on this legislation."

Paid Time Off For Vaccinations — New York has enacted a law requiring state employers of all sizes to provide paid leave to employees to get vaccinated against COVID-19. They may take up to four hours of paid leave each time they get a vaccine shot. Paid at the employee's regular rate of pay, this leave is in addition to any other leaves the employee is entitled to, such as the state's paid sick leave program. It is not retroactive.

Lottery Draws — The new state budget has a provision allowing a second daily drawing for Pick 10, Take 5, Lotto and certain other state lottery draw games. In addition, New York will be among many states adding a third weekly Powerball drawing in August.

Local Update — In March, the Philadelphia City Council unanimously adopted an amended version of the 2021 Public Health Emergency Leave Bill, Ordinance No. 210122, that would reinstate the immediate availability of two weeks' worth of paid sick leave for Philadelphia workers. The bill now awaits Mayor Jim Kenney's signature. Under the new law, all businesses in Philadelphia with 50 or more employees must offer 80 hours of pandemic-specific paid leave to staff, or 160 hours of paid leave total. Amendments to the bill broadened the type and amount of substitute leave that could be counted against the 80-hour pandemic-specific leave requirement and eliminated a retroactivity window dating to the beginning of the year.

In western Pennsylvania, Allegheny County's paid leave bill was vetoed by county executive Rich Fitzgerald. The legislation was passed by the county council on March 10 by a vote of 10-4 and would require businesses with more than 25 employees to provide paid sick leave. In a letter to the council, Fitzgerald stated he vetoed the legislation on the grounds that it did not go through the correct process on its way to enactment. Fitzgerald, a Democrat, said that despite the veto, he supports paid sick leave. The Allegheny County Council could override the veto with a two-thirds vote, a level of support seemingly attainable given the original 10-4 margin.

In Philadelphia, the Pennsylvania Food Merchants Association (PFMA) has advocated that the council pass an extension of last year's version of the legislation while awaiting federal action on the matter.

State Update — While the Biden Administration mulls a potentially massive infrastructure bill, Pennsylvania is contemplating a variety of its own transportation-related initiatives. Gov. Tom Wolf has signaled he wants to phase out the state's gas tax, currently the highest in the nation, as it no longer generates enough revenue to service the commonwealth's nearly 3,000 miles of interstate highways as well as thousands of miles of other roadways and bridges.

The pandemic has blown a hole in gas tax revenues, with the latest estimates projecting an $800 million decrease over the next 18 months. While a federal infrastructure bill could be a shot in the arm, the gas tax is still viewed as a declining source of revenue as vehicles continue to grow in efficiency and people drive less. To fund a series of nine bridge projects, the state's Public-Private Transportation Partnership Board, established under the Corbett Administration in 2021, has approved exploring tolling projects for each of the bridges to generate the needed funding. The federal government would have to approve new tolls, but the state would determine the exact amounts of toll charges.

Both a change in the gas tax (possibly switching to user fees) and additional tolls could have a potentially significant impact on PFMA members along the supply chain, according to the organization.