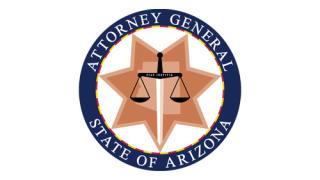 PHOENIX — Juul Labs Inc. settled with another state over claims that it marketed its vaping products to underage users.

On Nov. 23, Arizona Attorney General Mark Brnovich announced the state reached a $14.5-million settlement with the vapor company. In addition to the financial settlement, Juul agreed to make changes to corporate practices to ensure its products are not marketed or sold to youth in Arizona.

"Today's settlement holds Juul accountable for its irresponsible marketing efforts that pushed Arizona minors toward nicotine and the addiction that follows," Brnovich said. "Combatting the youth vaping epidemic remains a priority for our office with both our undercover Counter Strike program and zero tolerance for vaping companies that mislead or deceive."

In July, North Carolina became the first state to reach a settlement with Juul over concerns that its product attracts underage users.

Under a consent order reached with State Attorney General Josh Stein, Juul agreed to pay $40 million and make changes to the way it conducts business. The $40 million, which Juul will pay to the state over the next six years, will fund programs to help people quit e-cigarettes, prevent e-cigarette addiction, and research e-cigarettes.

The Arizona attorney general's office filed a lawsuit against Juul in January 2020 for engaging in deceptive and unfair acts and practices. It alleged Juul marketed its products to appeal to and target young people while misleading them on the risks associated with those products.

As part of the settlement, pending court approval, Juul has committed to company-wide changes to its business practices to ensure that its products will not be marketed or sold to Arizona's youth, including: