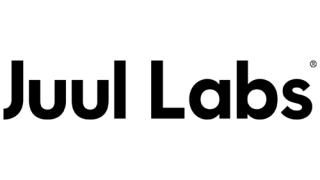 HARTFORD, Conn. — Juul Labs Inc. reached a $438.5 million agreement with 34 states and territories to settle a two-year investigation into the vapor company's marketing and sales practices.

In addition to the financial terms, Juul agreed to comply with a series of injunctive terms limiting its marketing and sales practices, according to Connecticut State Attorney General William Tong. Connecticut led the investigation and negotiations along with Texas and Oregon.

“Connecticut led 34 states and territories in reaching this landmark $438.5 million agreement with Juul that will end youth marketing and send millions of dollars to programs nationwide to drive down tobacco use," Tong said.

He added, through this settlement, the states have secured hundreds of millions of dollars to help reduce nicotine use.

"Corporations have a responsibility to understand the power of marketing and to be truthful in their advertising, especially when public health and safety are at risk," said Michelle H. Seagull, commissioner of the Connecticut Department of Consumer Protection.

"This settlement will prevent future marketing of these vape products to young people and other irresponsible advertising tactics that lead a new generation to nicotine addiction," Seagull added.

In a statement on Sept. 6, Juul said the terms of the agreement are aligned with the current business practices it started to implement after our company-wide reset in the fall of 2019.

"With today's announcement, we have settled with 37 states and Puerto Rico, and appreciate efforts by attorneys general to deploy resources to combat underage use," Juul said.

The settlement comes as Juul is challenging the Food and Drug Administration's (FDA) marketing denial orders (MDOs) for its vapor products.

"We remain focused on the future as we work to fulfill our mission to transition adult smokers away from cigarettes — the number one cause of preventable death — while combating underage use," the company said on Tuesday. "We recently submitted an administrative appeal, based on science and evidence, to FDA, demonstrating that its MDO of our products was substantively and procedurally flawed and should be rescinded.

"We believe that once the FDA does a complete review of all of the science and evidence presented, as required by law, and without political interference, we should receive marketing authorization," Juul added. "As we go through the FDA’s administrative appeals process, we continue to offer our products to adult smokers throughout the U.S."

The company's JUUL products remain on the market while the FDA reviews its decision on the company's premarket tobacco product applications.

The states are in the process of finalizing and executing the settlement documents, a process that takes approximately three to four weeks. The $438.5 million settlement will be paid out over a period of six to 10 years, with the amounts paid increasing the longer the company takes to make the payments. If Juul chooses to extend the payment period up to 10 years, the final settlement would reach $476.6 million.

Both the financial and injunctive terms exceed any prior agreement Juul has reached with states to date, according to Tang's office.

As part of the settlement, JUUL has agreed to refrain from:

The agreement also includes sales and distribution restrictions, including where the product may be displayed/accessed in stores, online sales limits, retail sales limits, age verification on all sales, and a retail compliance check protocol.