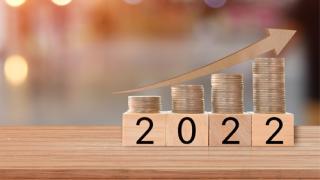 WASHINGTON, D.C. — Despite inflation concerns and interest rate hikes, consumers are still spending and it shows in year-over-year retail sales.

According to the National Retail Federation (NRF), retail sales remained strong on a monthly basis and saw another year-over-year gain in September.

"September retail sales confirm that even with rising interest rates, persistent inflation, political uncertainty and volatile global markets, consumers are spending for household priorities," said NRF President and CEO Matthew Shay. "As we enter the holiday season, shoppers are increasingly seeking deals and discounts to make their dollars stretch, and retailers are already meeting this demand.

"However, the Biden Administration must enact policy measures to relieve inflationary pressure and lower costs for American families," Shay added. "While the Federal Reserve tackles long-term actions meant to end inflation, we believe removing China tariffs, enacting smart immigration reform to address the worker shortage, and increasing investments in supply chain resiliency can and will have an immediate impact on consumers and the economy."

NRF Chief Economist Jack Kleinhenz added that consumer demand remained intact in September. "But sales were uneven across retail categories and inflation is the main factor that is determining how much shoppers are willing to spend. Households are tapping into savings, accessing credit and reducing their savings contributions as they meet higher prices head on. Shoppers are looking for bargains and value in the current economic environment and even more so as we head into the holiday season," he said.

NRF's calculation of retail sales, which excludes automobile dealers, gasoline stations and restaurants to focus on core retail, showed September was up 0.3 percent from August and up 7.2 percent unadjusted year over year. In August, sales were also up 0.3 percent month over month and were up 8.5 percent year over year.

NRF's numbers were up 7.6 percent unadjusted year over year on a three-month moving average as of September. Sales were up 7.2 percent year over year for the first nine months of the year, keeping results on track with NRF's forecast that 2022 retail sales will grow between 6 percent and 8 percent over 2021.

According to Kleinhenz, consumers remain worried about high inflation and Federal Reserve interest rate hikes intended to bring inflation under control, but neither has stopped them from spending.

"The economic situation in the United States is unsettling," Kleinhenz said. "Consumer confidence is down, consumer spending's rate of growth has slowed, and economists and consumers alike are worried about the possibility of a recession, all reflecting persistently high inflation and rising interest rates. Nonetheless, spending continues to grow, and many economists say a recession — if there is one — will likely be mild."

He added consumers are cautious and growth is not high as 2021, "but households continue to spend each month as more jobs, wage growth and savings backstop their finances and help them confront higher prices."