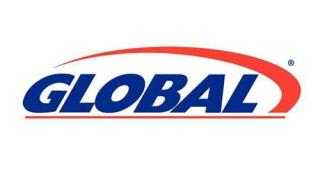 WALTHAM, Mass. — As Global Partners LP continues to see the benefits of the integration of retail fuel and convenience store assets acquired from small-sized chains, the limited partnership remains focused on pursuing these opportunities moving forward, according to President and CEO Erik Slifka.

During the third quarter, Global Partners expanded its retail footprint in the Mid-Atlantic region with the acquisition of Tidewater Convenience Inc. The deal included 14 company-operated gas stations and convenience stores, and one company-owned commission marketing location in Virginia.

"It's only the very largest deals we still look at, but there's really no way to get those done because they're just too big. And, even with these kinds of earnings, multimillion dollar deals are going to be hard for us to do. We haven't seen really many of those [deals] anyway, so most have been smaller. It's a better fit for our company, and we're going to continue to focus on those opportunities as we go forward," Slifka said during Global Partners' third quarter earnings call on Nov. 4.

"The M&A pipeline remains very active across all areas of our business, and we continue to evaluate potential opportunities that align with our strategic growth objectives," he added.

Bolstered by the most recent acquisition, GDSO product margin was $261.6 million for the quarter vs. $177.7 million during the same period last year. Product margin from gasoline distribution increased to $188 million from $112.4 million year over year primarily due to higher fuel margins and an increase in volume sold.

Station operations product margin — which includes convenience store and prepared food sales, sundries and rental income — was $73.6 million for Q3 2022 vs. $65.3 million for Q3 2021, reflecting an increase in activity in the company's c-stores.

Other financial highlights for the period ending Sept. 30 include:

"We have executed well through the first nine months of the year and begin the final quarter of 2022 with strong operational and financial momentum. While economic uncertainty associated with the inflationary environment merits a level of caution, we remain focused on leveraging our supply, marketing and terminaling assets to drive profitable growth across our businesses," Slifka concluded.

With approximately 1,700 locations, Waltham-based Global Partners is one of the region's largest independent owners, suppliers and operators of gasoline stations and convenience stores. Global Partners also owns, controls or has access to one of the largest terminal networks in New England and New York, through which it distributes gasoline, distillates, residual oil and renewable fuels to wholesalers, retailers and commercial customers.